Euronaval-2018 to Go Without Russia

As of the Thursday morning, October 4, no Russian companies have filed an application to participate in the French naval exhibition Euronaval-2018, the events representative in Russia LAGUK-Media told Mil.Press Today.

"As far as I know, none of Russian companies has sent an application to us or our French colleagues to attend the show", said the spokesman. 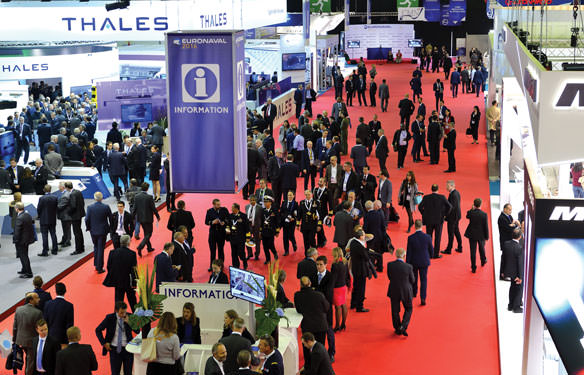 Press service of Rosoboronexport failed to comment on this information rapidly. In April 2018, Mil.Press reported that Rosoboronexport would not present military products at the Farnborough air show, Euronaval exhibition and Eurosatory forum due to unacceptable terms offered by the hosts.

The Rostec state corporation considered the possibility to display their products at the exhibition. The companys press service promised to verify the information about potential attendance in Euronaval, though failed to confirm it definitely. Rostec missed the Farnborough air show, too.

In the interview to Mil.Press Today, an insider from Russian industry doubted whether the Russian exhibit would be presented in Le Bourget: "Even if the decision to attend, merely regarding civil-use products, is made at the last moment, we would be simply late with logistics". He added that Russian representatives would visit Euronaval, though most likely only as a delegation.

"The bans on demonstration of military equipment at the Farnborough air show and sanction restrictions supported by France have complicated Russias participation in the West Europes defense shows", summarized the source.

Press service of Euronaval reported there were no Russian companies in the list of participants so far. Joint ventures will not be represented at the event either, for instance, the Russian-Indian BrahMos.