Second Series of Project 11711 Landing Ships to Get Heavier Engines

"Indeed, we currently consider changing of the powerplant as the ships dimensions have increased", reported the shipyards press office. 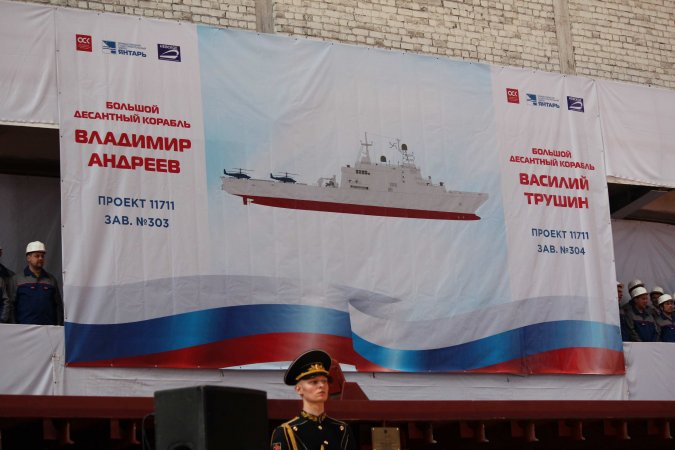 "To maintain required speed and, especially, to perform landing assault missions, the ships will most likely need stronger powerplants. Initial designing proves that it is possible. The engines may be of another type, though they will be commercially produced Russian-made plants", added the shipbuilders.

This will be finally announced when the project developer, Nevskoye Design Bureau completes the technical project and hands it over to the shipyard. "Arrangement of the main powerplant is stipulated by the design documentation and will be implemented in accordance with the requirements approved by the Russian Navy based on the results of the amendments of the ships technical project to the modernized hull", summed up the Yantars representatives.

An insider in Nevskoye Design Bureau confirmed this information, adding the project was to be completed at the turn of 2019-2020 or even earlier. As for him, Russian industry can produce any kinds of engines for this class of ships, though the trials and maturation of some new components may take some time.


Keels of the third and the fourth Project 11711 landing ships were laid down on April 23. Comparing to the basic project, they will carry Ka-52K Katran attack helicopters. Also, the ships will have another superstructure shape and larger dimensions. Displacement will grow up to 6,000-7,000 tons.