Multiple launch of R-30 Bulava intercontinental ballistic missiles from the K-551 Vladimir Monomakh nuclear submarine on November 14, 2015 ended with a partial failure. One out of two missiles failed to hit assigned targets on the Kura Range, Kamchatka.

That was reported by referring to insiders in the Russian Defense Ministry. 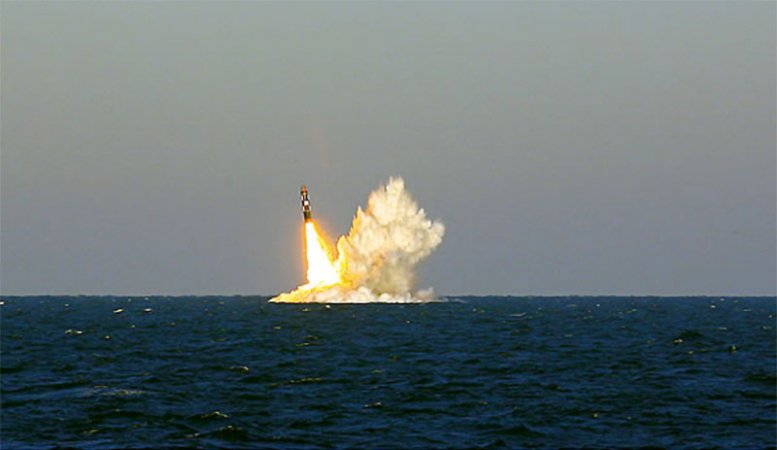 "The launch process was standard, warheads of the second missile successfully hit targets, but the first missile failed to accomplish the flight mission in full", said the insider. "It did arrive in Kamchatka region but missed the targets. I can't tell the reasons, but they are generally clear and fixable. The submarine and her launch system have perfectly performed the mission and proved their combat capability", he added.

According to him, technical reliability of Bulava missile is gradually increasing. "Failure rate seems high because now the trials are transparent. Thirty years ago we simply couldn't be informed about the failures at all. By the way, Bulava has pretty high success-failure ratio, and its reliability will grow as the missile is mastered in production and operation", said the interviewee.

SSBN Vladimir Monomakh performed ballistic missile launch on November 14, 2015 from the White Sea. The Russian Defense Ministrys press service reported on the same day that the launch had passed successfully in full.

K-551 Vladimir Monomakh is a Russian 4-generation nuclear-powered strategic submarine. She is the third submarine of Project 955 (Borei-class) and was commissioned by the Russian Navy in 2014.

R-30 Bulava is a sea-based solid-fueled intercontinental ballistic missile. Its development started late in 90-s in Russia. The missile is to be stationed on the new Project 955 Borei strategic submarines.