At the ongoing Army-2019 forum, Military Industrial Company Ltd (MIC) presented the new multipurpose armored vehicle codenamed Athlete, which before official release had been known in the press as Tiger-2. Reporters of Mil.Press familiarized with the new, better protected and multipurpose sibling.

Athlete is presented in several versions. By the way, trial samples rolled off the production line only four days before the forum, so they have field tests ahead to confirm the stated characteristics under the real-life conditions. 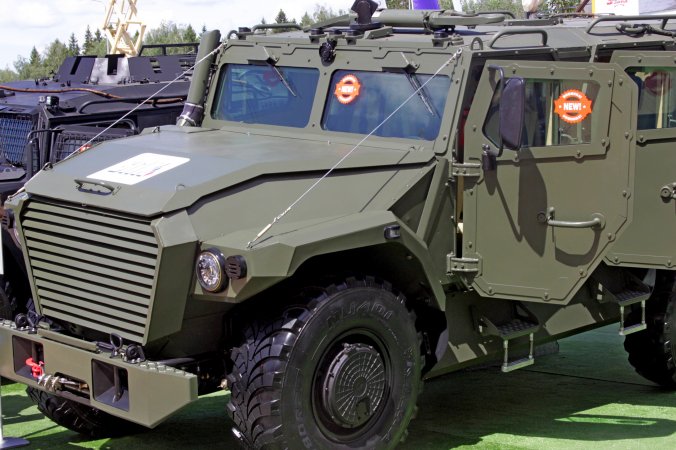 The Army-2019 forum became the opening test for the first version, a special-purpose vehicle armed with a machinegun. It was presented to the wide audience in the demonstration hall in Alabino. The second version, a multipurpose vehicle, has two configurations, three- and five-doored. These rovers are included in the MIC exhibit.

Purpose of Athletes is similar to that of the mass-produced Tigers, i.e. transportation of personnel and military cargo, as well as some other missions (the vehicles can be equipped with weapons or other military hardware).

The key difference of Athlete from its kid brother is improved protection class. In the basic configuration, the crew module corresponds to security class 5 by GOST and class 2 by OTT standards. Strengthening up to class 6 (GOST) and class 3 (OTT) is possible optionally.

Improved mine protection is worth mentioning separately. Athlete withstands explosion of a projectile equivalent to 2 kg of TNT. For Tiger, an explosion stronger than 600 g is critical. Another feature of Athlete is anti-trauma seats home-designed by MIC. 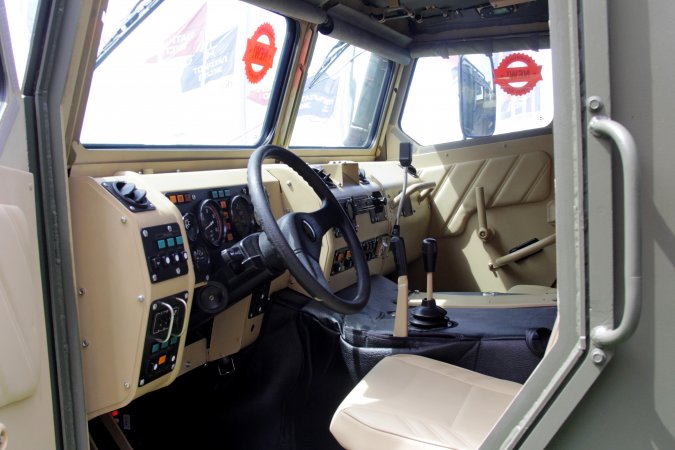 In addition, Athlete is powered by a new mightier diesel engine. After increase of the rovers weight, this allowed preserving Tigers cross-country capability and maximum speed.

"As a new generation of Tigers, the vehicle was designed under the defense contract. That is why the basic configuration of Athlete has mechanical transmission. Optionally, we can install an automatic gearbox, too, which is typical primarily among foreign customers. We do have such an expertise, as we used to export Tigers abroad", Sergey Suvorov, a press officer at MIC told Mil.Press Today. "Sure, the rover has trials ahead, but I believe Athlete will prove itself just like Tiger".