The United Instrument Manufacturing Corporation has developed a 2-generation airborne strategic command and control center for the Russian Defense Ministry.

The first onboard hardware package (OHP) based on Il-80 airplane has successfully passed state trials and by the end of 2015 will be handed over to the customer, reported press service of the United Instrument Manufacturing Corporation (UIMC). 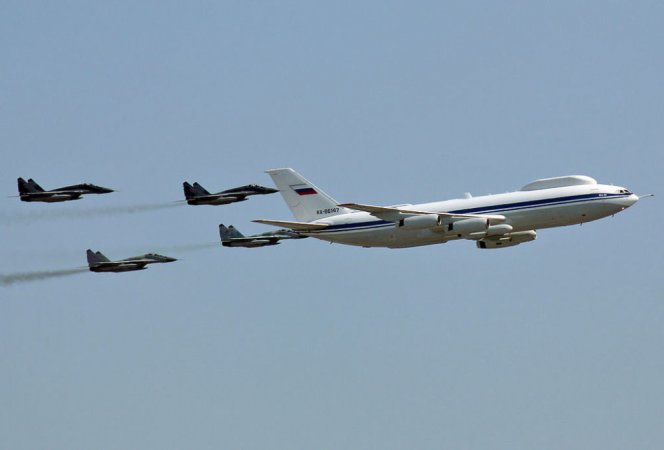 "Speaking of performance, it is a unique system providing control of all services and branches", says Sergei Skokov, UIMC deputy director. "In the corporation, the works on the OHP are performed by the Polyot Research and Production Company based in Nizhny Novgorod. Except for Russia, only the US produces aviation equipment of this kind. Americans call such system "a doomsday plane", he added.

Design of Il-80 airplane allows for accommodation of generalship, combat crew including operation group of General Staff officers and specialists of technical team responsible for operation of the onboard equipment.