"Zelyony Dol arrived in Tartous yesterday and will accomplish assigned tasks. Then she will be shifted by Serpukhov", Vitko said without specifying details, reports . 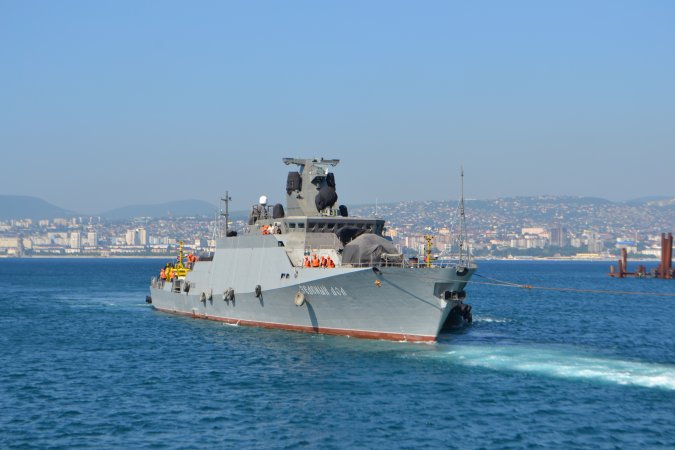 The admiral said that at the solemn keel-laying ceremony of Pavel Derzhavin, the third Project 22160 patrol ship in series, held at the Zelenodolsk Shipyard.

Zelyony Dol is a Project 21631 guided-missile corvette (codenamed Buyan-M). The ship was laid down on August 29, 2012 at the Zelenodolsk Shipyard, launched on April 2, 2015. On July 30 the ship arrived for sea and state trials in Novorossiysk. The shipyards sea trials ended in November.