Having familiarized with the new family of the special-purpose diver propulsion vehicles (DPV) at the Army-2020 forum, Russian Navy Commander-in-Chief Adm. Nikolai Evmenov instructed to arrange commissioning of those devices, reports Mil.Press referring to the representatives of the manufacturer, a company named Burevestnik.

Two vehicles, Proton-SN and Factor, are based on the pushing principle, typical for Soviet and Russian DPVs. The latest project, more compact and maneuverable vehicle codenamed Sproot, has pulling scheme, traditional for Western peers. The designers set themselves the task of outclassing the foreign DPVs Bonex and Rotinor in all parameters. 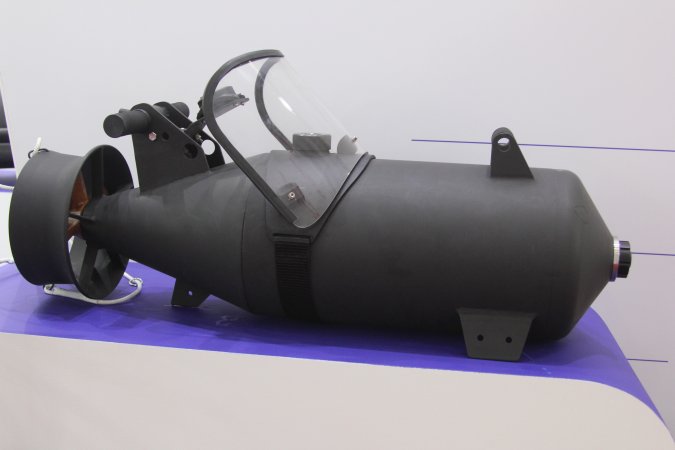 "Historically, we serve the interests of security agencies. Earlier, that was only naval intelligence, while now diving units are not only in the military. As the range of missions extends, we decided to play about with the design of diver delivery facilities. Besides, there was no equipment in Russia that met modern demands. We have been proactively developing these projects for the last five years", director of Burevestnik, Petr Troshin told Mil.Press.

Loaded weight of the Russian-made underwater vehicles varies between 30 and 35 kg. Speed is up to 4.5 knots, and diving depth is 60 meters. DPVs equipped with powerful Li-ion batteries are capable to cover 10 nautical miles per charge.

There are a number of design features: foreign vehicles use the discrete control system, i.e. the speed of a diver is preset, while Russian DPVs apply smooth movement control.

In addition, the designers note high strength of the vehicles. Russian DPVs can be dropped on the water from tens of meters without parachutes, while their foreign peers need special launching devices. 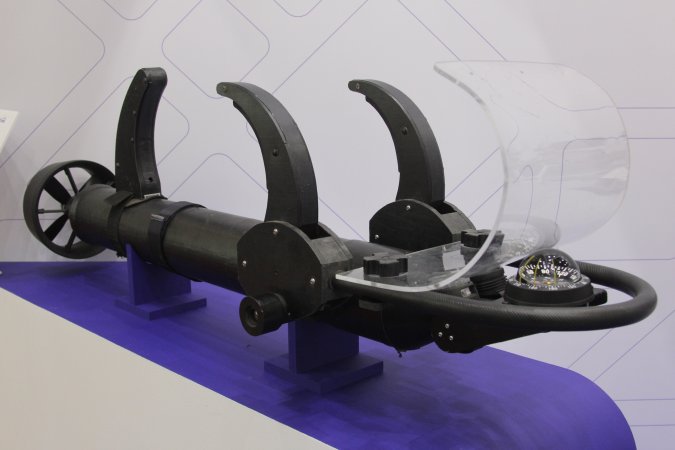 Design of the companys core products, Proton-SN and Factor, allows for underwater delivery not only divers but cargoes, too. This solution, a container for up to 500 kg payload, was also presented at the Army-2020 show.

"Most of our engineers are qualified divers. We not only design, but test our equipment. This creates a special attitude to work. Plus, we do perceive real needs of those who will use these DPVs. That helped us to make them worlds best", summed up Petr Troshin.

Mil.Press, a top-priority media partner of the forum, posts the overviews of novelties and business events in the thematic section Army Forum.