Russia to Upgrade Its Only Flattop This Year

The aircraft-carrying heavy cruiser Admiral Kuznetsov will be modernized to accommodate new airplanes late in 2016.

That was said on the air of RSN by Capt 1st Rank Vladimir Tryapichnikov, Head of the Russian Navy's Shipbuilding Directorate. 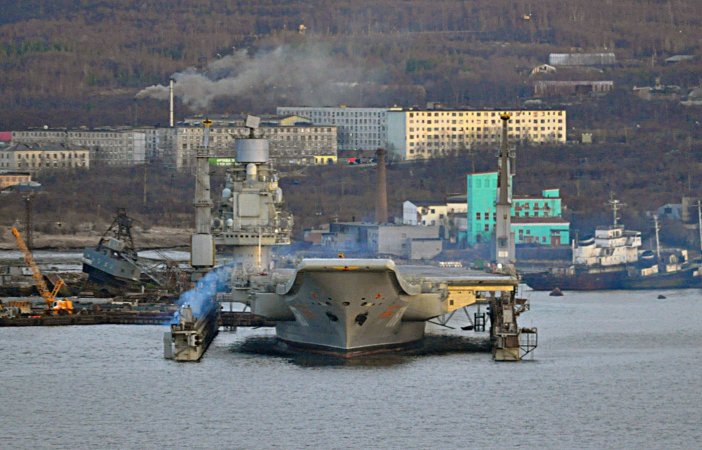 "At the end of 2016 the ship will undergo modernization works, and then obtain a new air wing, new capabilities, so she will accomplish two or even three times more missions than earlier", said Vladimir Tryapichnikov.

He added that the new air wing would include MiG-29K fighters and new aircraft as well.

As was reported earlier in January 2016, air wing of ship-based MiG-29K to station on the aircraft-carrying cruiser Admiral Kuznetsov has been almost formed and will start flights in 2016.

Admiral Kuznetsov was passing dock repairs in May - August 2015 at 82nd ship-repair plant in Roslyakovo, Murmansk Region. While in the dock, extensive technical works were performed on the ship, including her underwater hull: it was cleaned from marine sediments and painted. Different engineering systems responsible for the ships propulsive performance were repaired, too. After that, at standard moorage in Murmansk, the aircraft carrier was passing recovery up to the full-combat degree. The ship held air defense drills in the Barents Sea in November.