Russia Claims to Build an Aircraft Carrier for Indian Navy

India prepares for building of a 300-meter long nuclear-powered aircraft carrier capable to accommodate 54 warplanes. Prime contenders to assist in the ship building are Russia and France.

According to the French defense industry bulletin TTU, India is planning to issue a procurement tender for an aircraft carrier displacing 65,000 tons, being 300 meters long and 70 meters wide, equipped with nuclear powerplant; and 54 airplanes to be stationed on the ship. 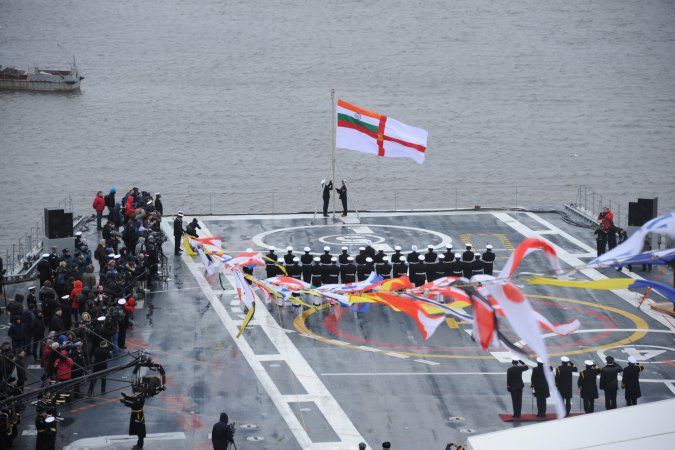 Media reported in the summer of 2015 that Russia, France, the UK and the US had received requests for proposal regarding the new carrier. Nonetheless, according to , prime bidders will be the countries that delivered ship-based airplanes to India earlier. Russian aircraft is represented in the Indian Navy by MiG-29K fighters, and France will start delivery of Rafale M airplanes in the nearest future.

Currently, the Indian Navy operates INS Vikramaditya (a retrofitted Russian aircraft-carrying cruiser Admiral Gorshkov), and ex-British light carrier INS Viraat which is to be decommissioned in 2016.