Handover of the arms supply ship Akademik Kovalev to the Russian Navy delayed for 2.5 months in 2015 due to sanctions imposed on Russian defense industry. Foreign experts either refused to visit Russia to start-up equipment, or delayed arrival due to visa problems. Details of this story and the list of companies involved have been disclosed only two years later in the arbitration case materials. Russian defense ministry applied to court seeking to recover 570 mln rubles from Zvezdochka Shipyard for failure to deliver the ship on time.

According to the case materials available to Mil.Today, direct cause of the delay was the problems with start-up of the anti-heeling system. 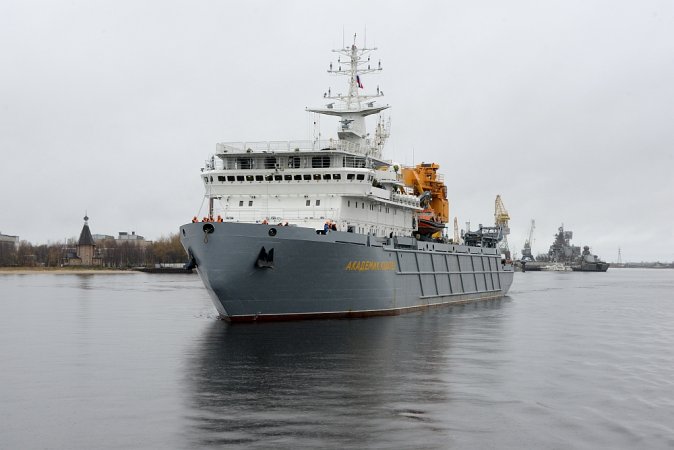 The equipment made by German Intering GmbH was delivered to the shipyard back in 2012 by Russian branch of the Finnish company Onninen. It was scheduled to put the system in operation in January 2015. Software installation, finalizing of adjustments, and crew training were the obligation of Rolls Royce, however, the latter performed none of the listed activities, referring to the newly imposed EU sanctions against Russia.

"We settled the issue by efforts of local software experts and partners", Evgeny Gladyshev, spokesman for Zvezdochka told Mil.Today.

According to the case materials, the yard along with the project designer, Almaz marine design bureau, selected Shanghai Yoyeah Marine Equipment as a company having the expertise required for the works completion. However, due to technical and organizational issues, as well as visa problems, the Chinese experts reached the shipyard only in June 2015.

Moreover, certain problems arose with installation and start-up of the tunnel thruster made again by Rolls Royce (the question is Rolls-Royce Marine Deutschland GmbH, however, national identity is mentioned in the case files as Norway).

To perform these works, in February 2015 shipbuilders engaged employees of the Rolls-Royce affiliate, Marine AS PES, and the experts of Polish company named SE Piotr Gasiewicz & mechanical SE Wladyslaw Gabateb. 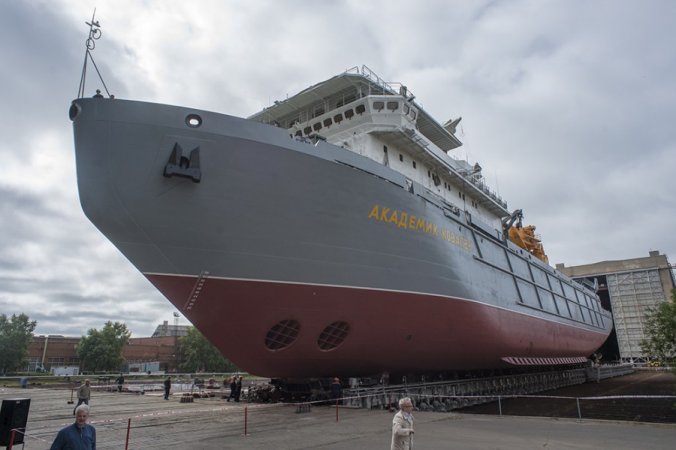 During installation, the foreign experts revealed numerous failures in terms of power supply and automatics. Their fixing required engagement of technicians of other Rolls-Royce branches.

Again, due to visa issues under EU sanctions, an expert who finally eliminated the defects arrived in Russia only in September 2015. Only after that Zvezdochka began mooring and sea trials on the ship.

"Building of the series goes on, now were experienced and ready to resolve emerging similar problems more promptly. Besides, Akademik Makeyev laid down in summer 2015 [Project 20183TV  editors remark] almost fully consists of Russian-made components, at least, key systems. So, we foresee no sanctions-related problems or delays any more", said the shipyards officials.

Speaking of the defense ministrys claims against Zvezdochka, the court took the shipbuilders side agreeing that the EU sanctions and followed refusals of European suppliers to cooperate was a force majeure that could not be foreseen in 2011, when the shipbuilding contract was signed. In this regard, as well as due to the fact that, according to the courts opinion, Zvezdochka applied all possible efforts to settle the problems, the shipbuilders will not pay the 500-mln penalty to the defense ministry.

The festive flag hoisting took place on the ship on December 18, 2015. In September 2016, the arms supply ship finished transfer from the Northern Fleet to the Pacific one. Akademik Korolev is the second out of five special-purpose ships based on the Project 20180 and keel-laid at Zvezdochka Shipyard in Severodvinsk, Russia.