Completion of R&D works on shells for 2B24 handheld mortar conducted by the Bazalt research and production company is delayed due to the lack of Russian-made electronic components. Hence, prototypes are equipped with imported devices permitted for military hardware.

According to judicial papers available to Mil.Today, Russian defense ministry planned to recover penalty from Bazalt based on the delayed delivery of shells pilot batch to hold state trials. The contract for R&D services was signed back in June 2012, and the state trials were scheduled in June-September 2014. 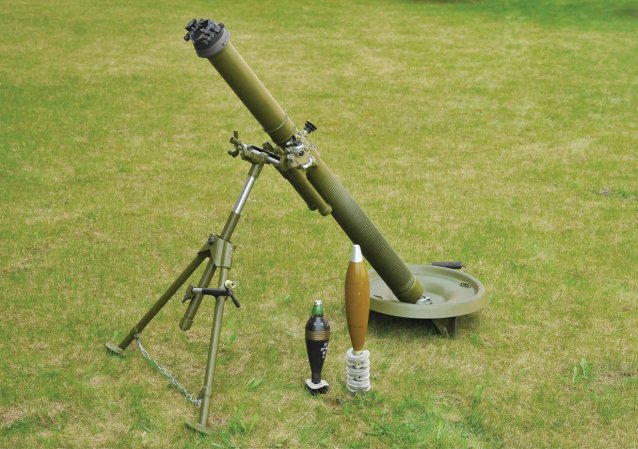 However, because of bans on military cooperation and dual-use exports from the US and the EU following the Crimea affair, designers faced deficiency in required components. According to the case materials, there is no production of the appropriate parts in Russia and CIS countries, and its arrangement needs expensive preparatory works.

At the same time, preliminary trials held in 2014 with available Russian-made electronics resulted in 40% failures of different nature and 15% reduce in firing range. Also, the tests revealed the need for redesigning to improve the mortars strength properties.

For that reasons, deadlines of the state contract were postponed several times, now completion of the state trials is scheduled at the end of 2017. To produce pilot batch of the mortars, the military allowed using of foreign components.

To resolve the problem, deputy defense minister Yury Borisov set the task for Bazalt to consider the possibility of using new mechanical fuses developed by the company at its own expense.

Besides, military officials and Bazalt directors offered to substitute imported components for the shells under the federal target program "Development of Russian Defense Industry for 2011-2020" to avoid such problems in the future.

Speaking of the penalty sought by the military, in September 2017 Moscow Commercial Court found these claims ungrounded because of the physical impossibility to complete the project.

Mil.Today failed to obtain any prompt comments from Bazalt.

Being a component of Deva system, the 82-mm handheld mortar 2B24 is designed for mountain and air assault brigades of the Russian Army, Airborne Troops, and Navys marines. Comparing to the predecessor, Podnos mortar, it has all-round base plate, 1.5-times longer range, and is capable to use more powerful shells.