Designing experience of the PD-14 civil aircraft engine has shown that without advanced technologies and materials it is impossible to create an up-to-date competitive engine. One of the key factors here are the methods of topology optimization of components and structure, as well as additive technologies helping to manufacture structural elements with required characteristics. Using of such approaches ensures effectiveness not only for civil products but for the military ones, too. Mil.Press Today found out how Russian engine-producing industry integrates innovations.


According to the United Engine Corporation (member of Rostec), assimilation of additive technologies (AT) goes on at all affiliates. The corporation plans to apply AT in designing and integration of advanced Russian gas turbine engines to be certified after 2019. The question is primarily about the prospective helicopter engine and the high-power engine PD-35. 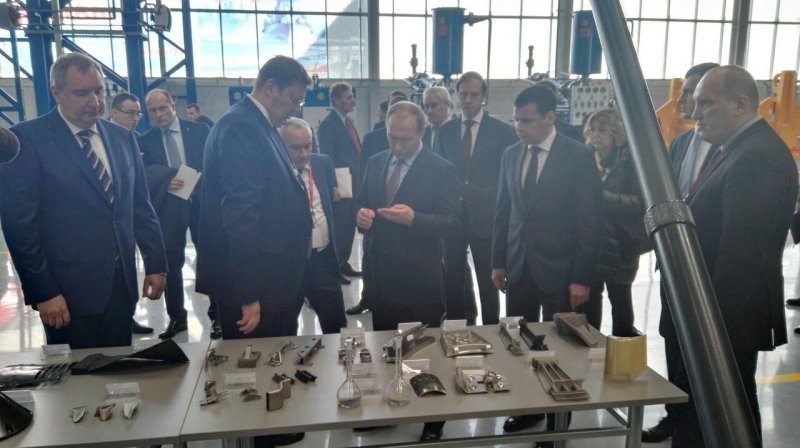 These and other advanced engines will have the so-called bionic-designed parts, i.e. passed topology-optimized. This approach implies designing of components and structures based on the functional loads they are imposed to. This helps to put all unnecessary things aside and leave only the volumes required to ensure functionality.

What finally come are complex unconventional structures, which forms often cannot be made by traditional technologies. And AT help much here.

"In many cases of topology optimization, additive technologies are the only solution for production of complex-profile parts", explained Denis Fedoseyev, deputy chief engineer at the ODK-Saturn, an AT experimental facility.

To obtain complex structures, traditional manufacturing methods like casting or machine tooling need long-term and expensive technological preparations, added the expert. AT help to either exclude or minimize these production stages.

This is confirmed by the experience of specialized institutes as well. Using AT, the All-Russian Research Institute for Aircraft Materials (VIAM) within 5 days synthesized a combustion chamber, which traditional manufacturing takes about 4 months. The chamber has successfully passed trials and proved effective performance.

The closest to this objective is ODK-Saturn. In 2017, the company designed and integrated the unified cycle of components designing for additive production, which helped to reduce terms of development and integration in design documents of new elements and units. 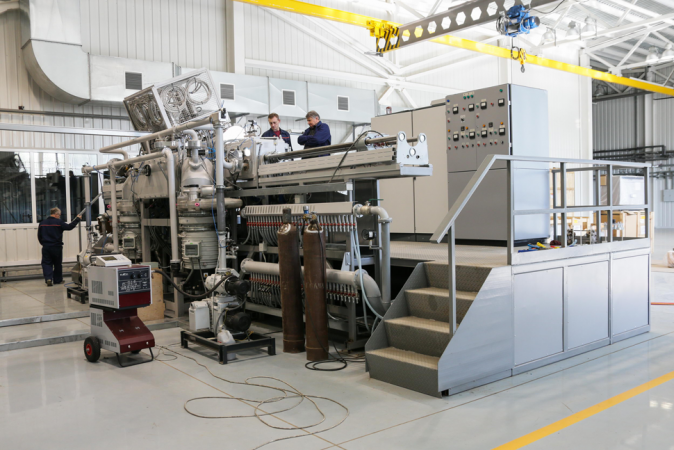 Upon application of the unified designing cycle, the engineers have reached the weight reduction of the components by 30-50%, achieved the required level of static/dynamic strength characteristics, and reduced twice the number of supporting structures regarding original parts, which resulted in considerable materials economy.

Through AT, the company mostly produces the small-size complex-profile components. These are, in particular, elements of combustion chambers, brackets, blade rotators components, elements of mechanics, bypassing and deflectors of gas turbine engines.

"Such approach ensures functional perfection of a component. In 2016, Saturn used AT to produce over 600 gas turbine elements made of stainless steel, cobalt and titanium alloys. Somewhat 2% of the present-day engines fall upon components made by additive technologies. Were about to increase this parameter up to 20%", shared Dmitry Karelin, deputy chief designer at UEC.

According to the interviewee, AT methods provide required strength with considerable weight saving. Alongside, prime costs drop, while production rates are several times higher as compared to the traditional techniques.


ODK-Saturn has the Additive Technology Center specialized in manufacturing of pilot components, models and units of gas turbines for air and land applications by the layerwise synthesis methods. Similar works are underway at other affiliates of the corporation as well.

"Based on their expertise and needs, the companies make the components lists and perform experiments, while mass production will be deployed in the Rostecs Additive Technology Center", said Dmitry Karelin. 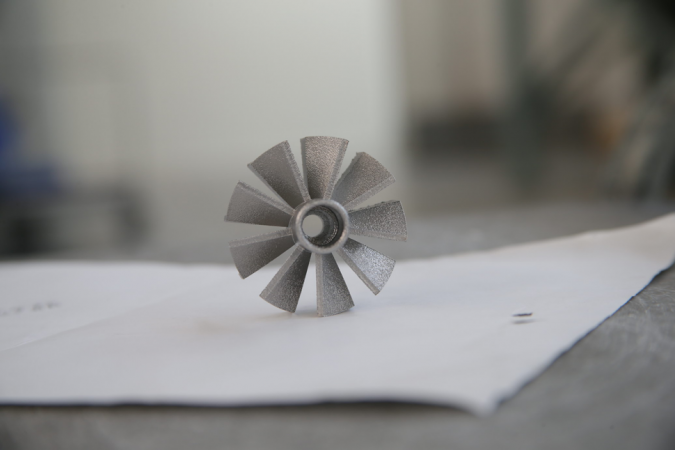 The deputy chief designer added that the UEC companies were already prepared for mass production. Many components have passed the interagency trials cycle and are certified within their systems.

"The technology has been already implemented in Russia. There is a mass production, too, but yet on small scales. The issue of AT wider application remains outstanding", believes the high-ranking official from the specialized aircraft research institute.

The essence of AT lies in the new approaches to design, obtaining of parts and structures with radically new characteristics. As for the expert, the key bottleneck for the technology is low extension level. According to him, it is urgent to build up the equipment fleet to make more people, from students to designers, understand how effective AT designing is.

"That is a systemic issue. However, we see the country keeps on investing in these technologies, and the quantity has started to transform into quality", the expert added.

He pointed out, however, that additive technologies were not always effective. They are good for tailored designing of small-batch production производстве малой серии. Economically, it is still more cost-efficient to make simple batch-produced components by traditional technologies.


Despite the results achieved, Russia still stays behind the curve of global processes. According to VIAMs general director Evgeny Kablov, international market of additive technologies makes about USD 5 bln, and according to forecasts, by 2021 this value will grow up to USD 21 bln. Currently, over 50% of market is upon the US, Great Britain and Germany, they are actively pursued by Southeast Asia led by China. Russias share is only 2%.

The matter of technological leadership is no less urgent. Without new materials, the up-to-date engine making industry is impossible. So, the task given to the Russian science and industry regarding creation of advanced engine PD-35 in many ways requires a solution at the level of material engineering.

The main efforts are focused on polymeric composites for turbine blades, metal composites like intermetallic titanium that may substitute steel and almost twice lighter than those used in current engines. These are highly heat-proof materials with operational temperature about 1,500 °C without cooling.

"The world now competes who will reach ideal parameters in engines. The competitiveness depends on weight, performance and design effectiveness. AT helps to resolve at once issues of materials, technology and design. And all that should be integrated decisively, at development stage", explained Evgeny Kablov.


Technology localization remains the critical matter. According to Evgeny Kablov, now in Russia nearly all key elements like equipment and software are imported. The only dependency they managed to overcome is materials, as Russia has designed metal powder composites suitable for production. 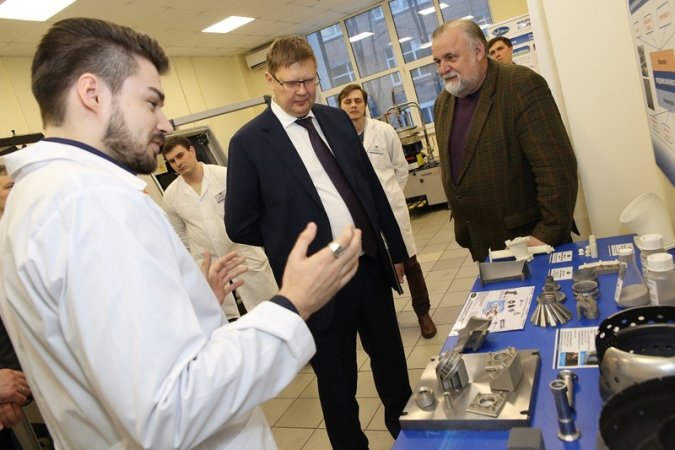 The staff qualification is also an urgent issue. The use of such technologies to develop future components for gas turbine engines is only possible with high degree of digitalization of designing and production processes. And this obviously needs professional staff.

"There are some problems related to certification of AT-produced components. This point has not been stipulated in the regulations yet. The specialized institutes have not outline the required scope of tests for particular products either. But this works in progress, anyway", concluded Alexander Vatetin.