Things Went Wrong: Ships that Russian Navy Not Received in 2017

In 2017, the list of ships that the Navy failed to obtain has shortened down to four items. Seems like a reason for a cautious optimism. However, Mil.Press Today discourages from jumping to conclusions and advises to dive deeper into details. 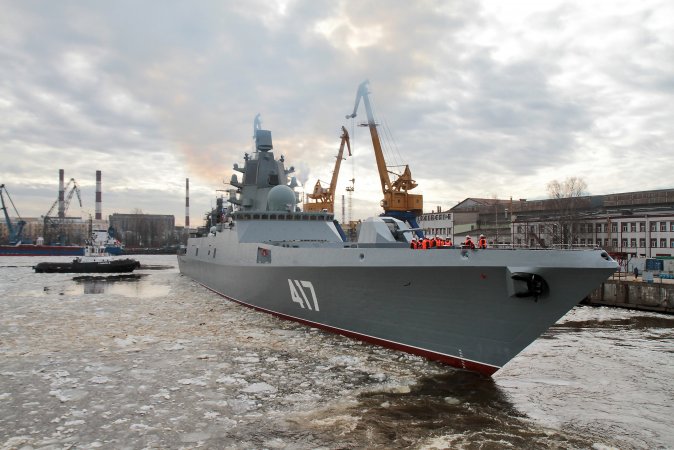 Regrettably, the Project 22350 lead frigate for the second time hits the list of ships that failed to join the Navy; late in 2016, the ship was much awaited too, but her commissioning was postponed for the first half of 2017.

Only in March 2017 it was reported what kind of problems shipbuilders and naval officials faced: deputy defense minister Yury Borisov shared that the delivery of Admiral Gorshkov had been delayed due to late performance of design works under Poliment-Redut project by Almaz-Antey concern. The Project 22350 frigates will be the first ships equipped with this system combining all onboard air defense assets. Except for the Redut air defense system (with 9M96, 9M96D and, in long prospect, 9M100 antiaircraft missiles), the integrated control loop includes Palash short-range air defense artillery/missile system, and 130-mm gun mount A-192M.

Admiral Gorshkov continued state trials throughout the year, however, there were no breakthrough: in November, deputy defense minister Yury Borisov again blamed Almaz-Antey for delayed delivery and added that the military had no complaints against the Severnaya Verf Shipyard.

By the end of December, Ilya Zhitomirsky, director of information policy and corporate communications at the United Shipbuilding Corporation (USC), confirmed to Mil.Press Today that another putting-off of the frigates delivery date was agreed upon with the Navy command.

On February 1, 2018 it will be 12 years passed since the keel-laying of the Project 22350 lead frigate at the Severnaya Verf Shipyard. 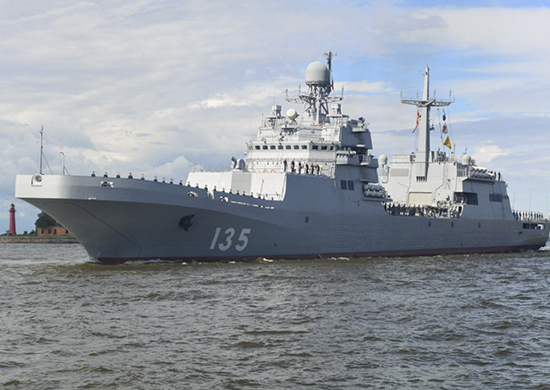 It is another ship supposed to be delivered in 2016, but reportedly its handover was postponed to 2017. On Monday, December 25, 2017, the USC officials assured that the ship would be commissioned by the yearend, however, as of this publication, the acceptance certificate has not been signed. Anyways, it is obvious that the Project 11711 large landing ship will actually (but not on paper) reinforce the Russian Navy only in 2018.

Ivan Gren is a bright example of long-delayed projects, as the ship was laid down at the Yantar Shipyard (Kaliningrad, Russia) in December 2004 and launched only in May 2012. The ship started shipyards trials in the summer 2016, and then headed for the yard to eliminate discovered defects. Ivan Gren resumed sea trials in the Baltic in June 2017, and the state trials began only on November 30.

Yantar builds the second ship in the series, Project 11711 landing ship Petr Morgunov keel-laid in June 2015. Initially, her delivery to the Navy was scheduled in 2018, but now the yards officials hesitate to make any predictions even regarding the launching date. 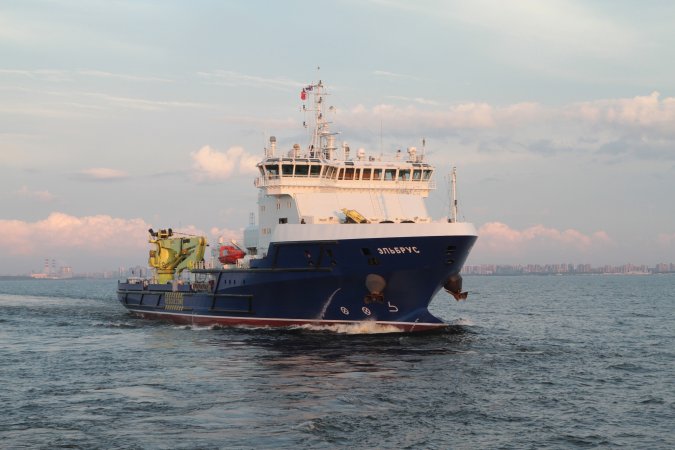 Elbrus has also siphoned off to this list from the last years one. The situation with the Project 23120 lead ship resembles the matter of Ivan Gren: the state trials are officially over, USC undertook to hand over the ship to the Navy by the yearend, but paperwork puts off the commissioning date.

Comparing to the two foregoing ships, Elbrus rocks: the hull was laid down in November 2012, mere five years ago. Contractually, the ship was supposed to join the Northern Fleet by November 25, 2014. The deadlines were officially postponed for one year in 2013, but this did not work either: the hull was launched on June 26, 2015. The afloat finishing lasted over a year. By some accounts, the delay was caused by disruption in supplies of imported equipment due to the anti-Russian sanctions. 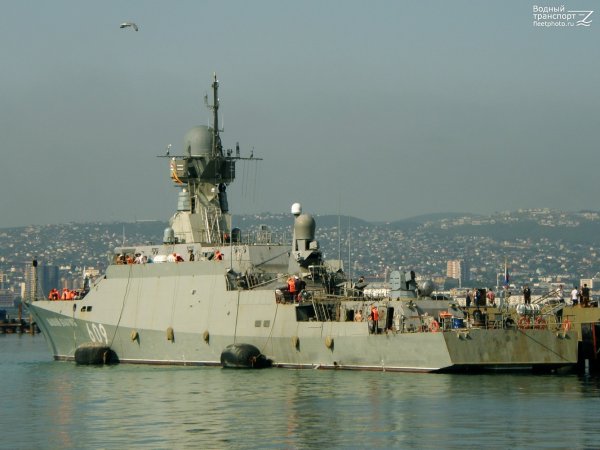 Vyshny Volochek is the sixth ship in the modernized series of Project 21631 Buyan-M armed with the unified cruise missile system Caliber-NK. The ship was laid down at the Zelenodolsk Shipyard on August 29, 2013 and put afloat on August 22, 2016.

The new Buyan-class corvette is designed for the Black Sea Fleet. In August 2017, the ship moved to Novorossiysk via internal waterways. The shipyards sea trials started on September 5 and ended late in October. The state trials began in November, but failed to finish by the yearend allegedly due to the bad weather, so they will continue in 2018.

Renat Mistakhov, director of the Zelenodolsk Shipyard earlier announced that the company was going to hand over to the Navy one Buyan-M-class ship every October. The next corvettes are Ingushetia and Orekhovo-Zuyevo. Well see if they manage to make up for the lost time.


The Russian Navy Commander-in-Chief Adm. Vladimir Korolev reported in November at the final meeting of the navys military council that "overall amount of new ships commissioned in 2017 will exceed 30". Numerically, it is even more than in the last year. Though, in 2016 there were Project 11356 frigates Admiral Grigorovich and Admiral Essen, Project 636.3 submarines Veliky Novgorod and Kolpino, Project 12700 lead minesweeper Aleksander Obukhov. Much to look up to.

As of this publication, only two combat ships had been commissioned in 2017: built over 10 years, the Project 20380 corvette Sovershenny joined the Navy on July 20, and the Project 11356 frigate Admiral Makarov was commissioned into the Black Sea Fleet "under the wire", on December 27. Take note, both of these ships are from the Waiting List 2016.

Another ship worth remembering is the nuclear-powered icebreaker Ilya Muromets handed over on November 30 to the Northern Fleet. The rest ones are tugs, different kinds of motorboats, floating cranes, barges, etc. Indeed, they are also essential for the Navy, but the fleets strength primarily depends on amount and quality of combat ships.

Speaking at the enlarged session of the defense ministrys panel, minister Sergey Shoygu stated that in 2018 the Navy will obtain 35 combat and auxiliary ships, including Project 955A lead nuclear-powered ballistic missile submarine Knyaz Vladimir.