Post-Crash Future for An-26 Airplanes: to Endure a Decade

Technical fault remains the main version of the tragedy happened to the An-26 airplane crashed in Syria. These aircraft are considered one of the most reliable in their class, but the time moves on, and in the light of ceased military and technical cooperation with Ukraine, a reasonable question arises as of effective maintenance, repairs and service life extension of Antonov airplanes in Russia. No wonder, even the most reliable aircraft have limited resource, and for An-26 it comes to the end.


After the break of relations with Ukraine, in 2014 the engineering supervision over Antonov airplanes (An-12, An-22, An-24, An-26, An-30, An-32, An-72, An-74) was switched from SC Antonov to the Myasishchev Design Bureau. For that purpose, a special group was formed in the company in order to substitute Ukrainian designers and ensure air worthiness for governmental and experimental aircraft. 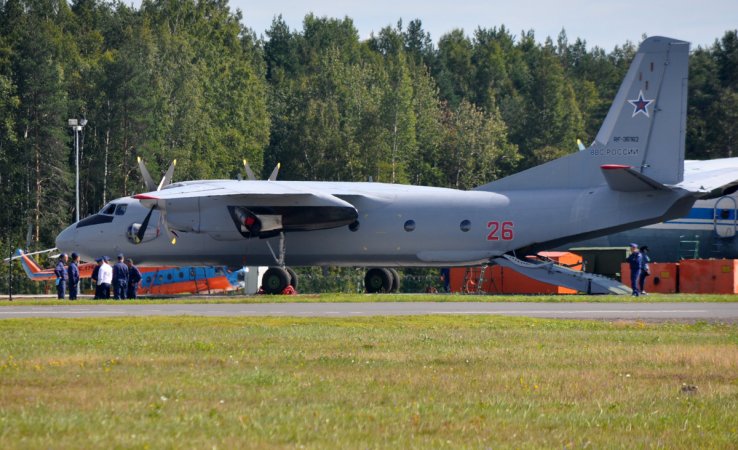 The same role, but for civil aviation, has been played by the State Research Institute for Civil Aviation (SRICA). In August 2017, Rosaviatsiya authorized SRICA to extend service lives of An-24, An-26 and An-74 airplanes.

In contrast to civil expert still having an opportunity to contact Ukrainian contractors, the military-related organizations cannot have any official ties after the severance. There was no full isolation, however, some experts from Antonov moved and now work in Russia.

One of the main and most painful consequences of the broken military cooperation was a shortage of spare parts. This affects not only defense companies but civil Antonov operators, too. They need a whole lot of spare parts. For instance, since 2016 till 2019 it is planned to restore operable conditions for 52 An-26 military airplanes. Basically, the question is extension of service life. And this is only one state defense contract.

"There are lots of Antonov planes in Russia, and they have much time remained. Today, we have mastered the technology and perform full service cycle of these aircraft, maintain them at the appropriate level", Fidail Shagiziganov, director for Antonov-type airplanes at the Myasishchev Design Bureau told Mil.Press Today. "Sure, there are some problems, but we have a demanding challenge to keep available planes in standard conditions. We must ensure their serviceability through every possible way. At least, until commission of Russian analogs like Il-112 and Il-276", added the expert.


"Antonov no longer produces spare parts for An-26. We only ensure service life support", reported the companys press service. "As a designing company, we provide technical supervision over civil aircraft, their technical validation, service life extension, and timely notification of operators on the current conditions of their planes". 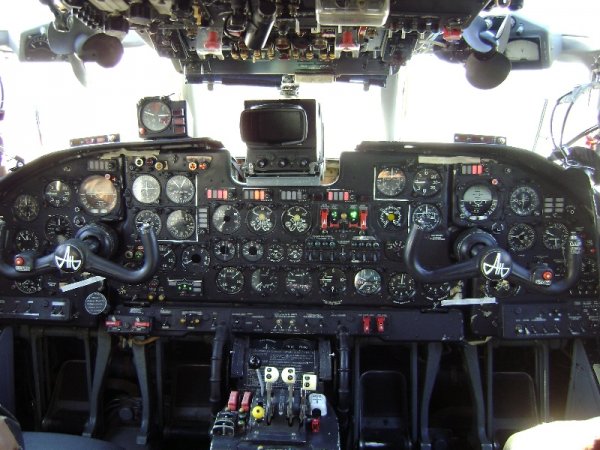 Apparently, this does not refer to military hardware. Also, the Antonovs spokesman declined to comment the airplane crash in Syria, invoking the lack of information on the incident and saying the Russian defense ministry had not submitted any request of the kind.

Shortage in the spare parts is one of the most acute problems in terms of the An-26 operation. This issue is equally relevant for all operators of the airplanes. According to an insider involved in the civil aviation, although the lack of spare parts is felt, there is a sort of stock reserves. However, this situation affects service life extension negatively.

"There are lots of problems, especially regarding components. Earlier, Ukraine supplied parts, now we have to use own resources. We find different solutions to settle the missing parts issues. Generally, weve managed to substitute Antonov with few losses", shared Fidail Shagiziganov.

Some elements are replaced with Russian analogs, said the expert. Typical example is onboard electronics. An-26 planes are equipped with Ukrainian-made radars Buran-72, but the aircraft repairing facility cannot recover them due to the absence of spare parts. Finally, engineers of the Myasishchev Design Bureau found and installed the Russian analog, Kontur-10Ts radar. After due trials, the bureau issued a corresponding bulletin standardizing such replacement. They act in the same way regarding many other systems.

"The need for onboard electronics is a common thing, but more often we need simple mechanical components like brackets, arms, bars, and so. Apart for searching for Russian substitutes, were restore components production", said the interviewee. We took a part of this work, and actively engage aircraft maintenance companies. Now they not barely receive spare parts, but produce certain elements by own efforts. They take components from decommissioned planes, it was a good exchange experience with the Federal State Reserve Agency as well", said the expert.

"We produce what we can by ourselves. If we cant, we look for an outside manufacturer. Anyway, only Russian components are used", said the spokesman of the 308th Aircraft Repair Plant.


The problems of repair and upgrade of An-26 airplanes do not end with the lack of spare parts. There are a number of technological, manufacturing issues, and some troubles regarding design documents.

"From time to time we face incompleteness of design docs. We resolve such problems by own efforts as soon as they emerge", shared Fidail Shagiziganov. "Most of documents remained in Ukraine, and our additional source was archives of the Research Institute for Standards and Certifications, as duplicates used to be sent there. The information is quite obsolete, and sometimes we had to alter and update it for a particular current task. The said example of the Russian radar substituted for the Ukrainian one was fixed in technical docs", added the expert. 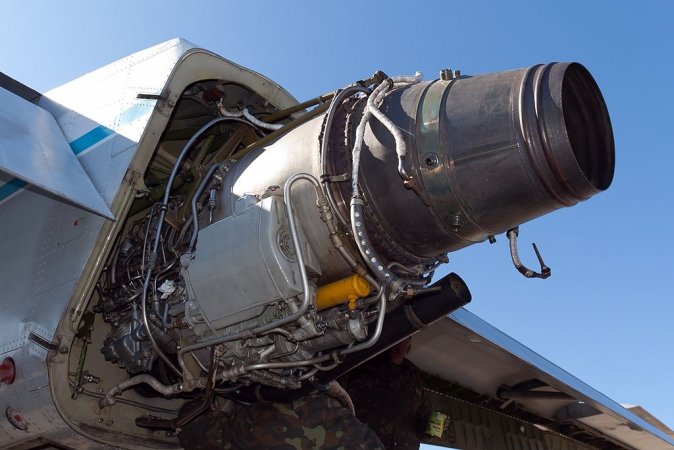 "Service life extension is different for each particular plane", explained experts at the 308th Aircraft Repair Plant. "The planes we accept are rickety. Just like people, every plane has own "sores", everyone is different. Its hard to specify any typical trouble spots. Just like always, An-26 is the most reliable airplanes. We have no claims for their hardware".


The most reliable plane


All the interviewees emphasized the high reliability of Antonov aircraft. According to TASS statistics, over 150 An-26 planes were lost throughout the operation period, at least 27 in the USSR and 9 in Russia.

Since 2000, except for the recent crash in Syria, only two incidents happened to Russian An-26 military airplanes. Late in February 2002, the Northern Fleets airplane fell down on the Lakhta Airfield in the Arkhangelsk Regiondue to the piloting error. Another accident occurred in May 2017. At the airfield of the Balashov Training Center in Saratov Region, the An-26 pilot went beyond the descending parameters and forcedly landed before the runway. Apparently, the accident was caused by the breakdown of one of the engines. Now the experts say the most probable cause of the An-26 crash in Syria was faulted flaps, which led to the nosedive at low altitude.

"Side number RF-92955 crashed in Syria had never been passed through our hands" said Fidail Shagiziganov. "The plane was repaired in Ukraine in 2011, then our countries had good relations. Another capital repairs, as technical docs say, was scheduled in 2021. The plain was operated all that time faultlessly in accordance with standards".

An insider in the industry says these accidents are totally unconnected, and the key issue is not the planes conditions but the pilots qualification.

"Normally, after major air crashes, flights of the similar planes are suspended until identification of causes. However, it wasnt done this time", shared the anonymous source.

None of the requested active pilots agreed to comment the situation.


No matter how reliable the plane is, any hardware has limited resource. An-26 airplanes were mass-produced by the Ukrainian company since 1969 till 1986. Reportedly, most of these aircraft operated by the Russian military were made before 1980. Taking into account that the standard service life of these planes is 50 years, the fleet should be replaced within the next decade, with the rotation to start no later than 2026.

Currently, Russia designs the new Il-112 that will allegedly replace the obsolescent An-26. Last year, a series of flight tests of the TV7-117ST engine was held last year at the Gromov Flight Research Institute in Zhukovsky, Moscow Region. The engine is being designed for the new light transport airplane. By the time of this article, ODK-Klimov has not replied on the request as of the current status of the project.

Now it is hard to predict when mass production of the new Ilyushin airplane will begin. Initially, the flight tests were rescheduled for summer of 2018, while recently was postponed again. In his interview to the Voronezh Wings newspaper, the VASO director Sergey Isaenko said one assembled plane was intended for strategic trials, and the first flight of Il-112 No. 0101 was scheduled in the coming falls.