No further details were disclosed regarding the number of Indian Navys helicopters to be upgraded or deadlines. The works are to be done by Russian Helicopters under the post-sale maintenance program. 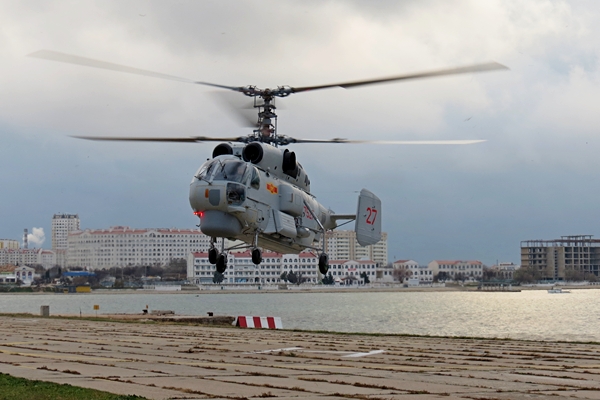 The first contract for repair and retrofitting of ten Ka-28 helicopters was tied between Rosoboronexport and Indian Defense Ministry in 2016. Then it was announced that the modernization would take 5 years. Works on repairs and technical maintenance were to be performed at the Kumertau aircraft production facilty.

In general, the Russian-made helicopter fleet in India amounts to 400 vehicles.

Ka-28 was designed in 1982 as a deck/land based helicopter. It is an export version of Ka-27. The helicopter is capable to detect submarines and surface targets, transmit their data to ships or coastal command posts, and attack them by onboard weapons.

Holding Russian Helicopters is attending the DEFEXPO 2018 international military exhibition held in Chennai, India in April 11-14. During the business program, Russia and India plan to discuss the post-sale service issues, repairs and modernization of the hardware earlier supplied to India. The agenda also includes implementation of the Russian-Indian joint venture project to assemble Ka-226T helicopters, and discussion of the prospects for its deck-based version.