Cayman Instead Ivan Gren: New Model of Landing Ship to Emerge at IMDS-2019

The model and characteristics of the new large-size landing ship codenamed Cayman will be for the first time presented at the International Maritime Defense Show 2019 (IMDS-2019), a representative of Nevskoe Design Bureau (member of United Shipbuilding Corporation, USC) told Mil.Press Today.

The question is the ships export version, specified the interviewee. 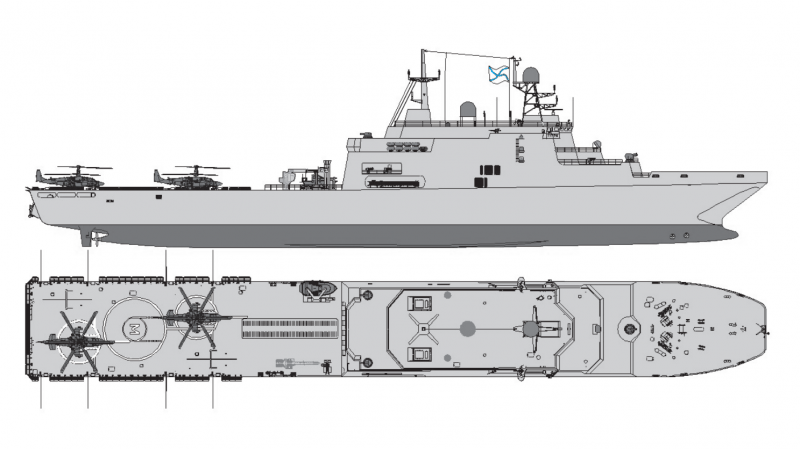 Cayman will displace somewhat 8,000 tons and be capable to carry Ka-52K helicopters.

"The new landing ship is an in-depth update of Project 11711. In fact, its a new ship with expanded functionality", an informed industry insider shared. "The export version has not been assigned a project number yet, though in terms of its features, the ship is an evolution of the Project 11711 second series".

Two ships of this type were keel-laid at Yantar Shipyard on April 23. They may be equipped with stronger powerplant. By the yearend, designers will complete amending technical documentation for the Project 11711 second series.

Another first-timer presented by Nevskoe Design Bureau will be an advanced aircraft carrier Lamantin (stands for manatee). Further, the bureaus booth at the USC pavilion will demonstrate the already known export version of Project 11711E landing ship.


As compared to basic Project 11711, the second series landing ships will obtain deck-based attack helicopters Ka-52K Katran. Moreover, the superstructure shape has changed; dimensions and displacement have increased, too.