Designers envision that Lamantin would provide stationing and combat use of the air group including various types of aircraft capable to counter enemys air, sea (surface and underwater) and land components, as well as onshore facilities in ocean, sea and littoral zones. Besides, the ship will maintain sustainability of naval groupings and cover landing assault troops from attacks and air strikes. 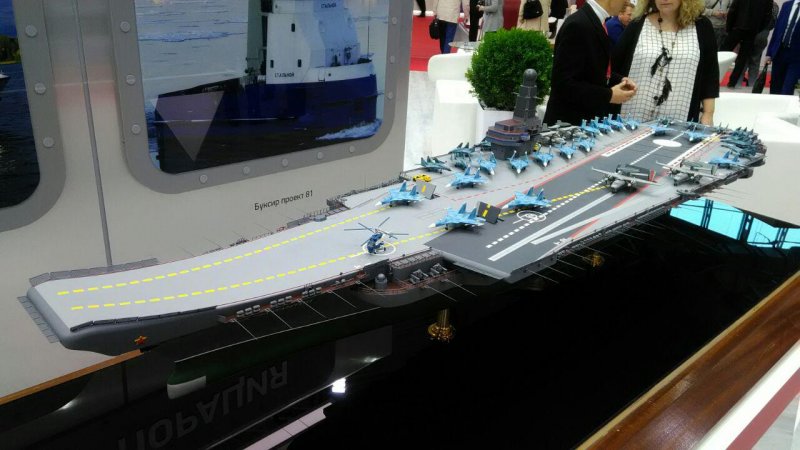 "The conceptual project of Lamantin carrier is based on the legacy of the Project 1143.7 heavy nuclear-powered aircraft-carrying cruiser Ulyanovsk. So, we and the Russian Navy offer to consider the option of a nuke powerplant", Aleksey Yukhnin, deputy director for shipbuilding and military cooperation at Nevskoe Design Bureau told Mil.Press Today.

The aircraft carrier will accommodate up to 60 aircraft (planes and helicopters) and 6-10 unmanned aerial vehicles.

Thus, taking into account the project offered by Nevskoe bureau, Russian Navy now may choose out of four carriers. Other three conceptual projects were designed by Krylov State Research Center. They are Project 23000 Storm ship displacing up to 95-100 thousand tons, the mid-sized aircraft carrier displacing 76,000 tons, and the multipurpose Storm-KM carrier with semi-catamaran lines. Its full displacement is somewhat 44,000 tons.