At the International Maritime Defense Show (IMDS-2019), Typhoon Instrument Engineering Plant unveiled the coastal tactic missile system Rubezh-ME. It is a fully independent asset that provides itself with communication, maintains reconnaissance, and launches Kh-35UE Uran antiship missiles. With that, the Rubezh-ME crew includes only two men.

The system can be used either as a part of battalion or as a standalone unit. The self-propelled launcher is integrated with antiship missiles, OTH radar, fire control equipment, and communication facilities. 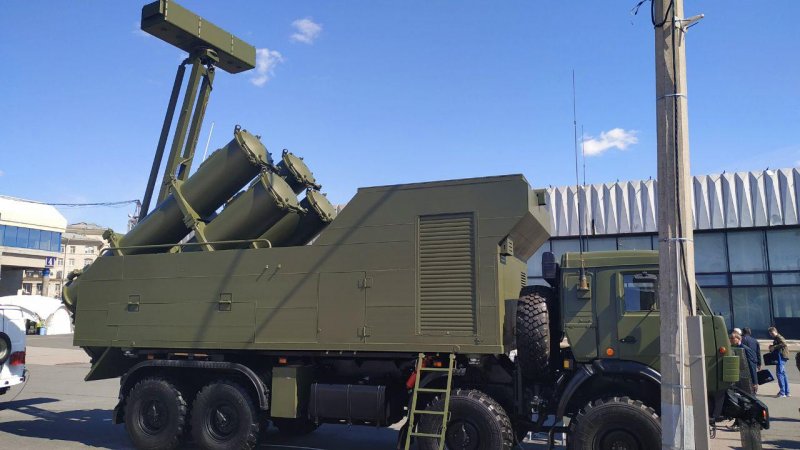 The system is a proactive project of the Kaluga-based plant produced only for export yet. However, designers leave open the possibility of internal supplies for the Russian military.

At IMDS-2019, Rubezh-ME was presented on the KamAZ chassis. As for the companys spokesman, another base is also possible as the system is fixed by common container twist locks.

Previous version of Rubezh system was mounted on the MAZ-543 truck chassis. Dmitry Kushnerev, deputy director general at Typhoon plant explained Mil.Press Today the shifting from the MAZ platform. As for him, every platform is tailored for particular task, and foreign customers sometimes need a lighter vehicle, even though less weaponized.

"MAZ-543 was a good chassis, but it is no longer produced. We can use MZKT chassis as an alternative. Besides, its too expensive to launch eight antiship missiles at once. Some customers, however, need other features. For example, common road trafficability or absence of the need to compile a whole battalion. Some even want to place the system on their own vehicles like MAN", said the Typhoon deputy director.

The chassis-independence is typical for another product of Typhoon plant as well. The coastal reconnaissance system Monolit-B is made in three versions: self-propelled, mobile, and stationary.