This achievement is a result of reaching the full-scale series, teamwork of the shipyard staff, and lean production methods applied, Konyshev said. 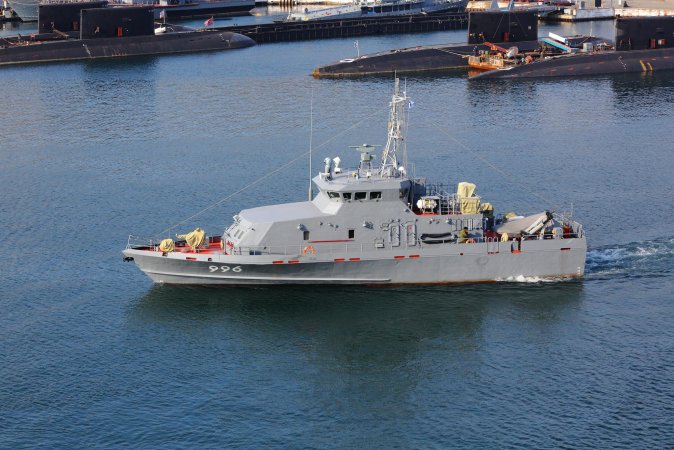 "Initially, it took us 18 months to build one Grachonok boat, but now we spend 12 or 13 months for one boat, and with further optimization, it will take a year or even less," said Aleksey Konyshev. The ships became deeply serial, he added. Part of the shipyards facilities is fully adjusted for Grachonok-class boats, so the procedures are arranged faster. Example, it is easier to cooperate with suppliers, logistic chains became straighter.

"Working on the lead ships, there may be some problems with engines and other equipment, but after reaching the batch-production, they are resolved at the manufacturers level," shared the expert. "Sure, during construction, the ships are modernized, some systems improve, but basic elements dont change".

In addition, the shipyard has completely adjusted interaction with designers, Vympel Design Bureau (member of United Shipbuilding Corporation). According to the project manager, Alexander Rechitsky, reaching the serial-production level helped to minimize the designer-shipbuilder problems. As for him, speeded up construction is primarily merit of the Zelenodolsk Shipyard.


Project 21980 Grachonok special-purpose boats are built in Zelenodolsk since 2008. Theyre also constructed at Vostochnaya Verf in Vladivostok and Vympel Shipyard in Rybinsk.

Grachonok-class boats are intended for countering underwater sabotage forces, supporting combat divers within water areas of naval stations and their approaches. They are capable to navigate standalone for up to 5 days and 200 nautical miles. The crew is eight men.

Displacement of a Grachonok-class boat is 139 tons, length is 31 meters, beam is 7.4 meters, draft is 1.85 meters, speed is 23 knots. Every vessel is armed with the 14.5-mm MPTU marine pedestal machinegun mount, DP-65A and DP-64 counter-sabotage grenade launchers, and Igla-1 MANPADS.

Since 2008 to 2019, Zelenodolsk Shipyard has built ten boats of this class, all commissioned.