To recap, the fifth and the sixth Project 22350 frigates were laid down at Severnaya Verf in the spring of 2019. 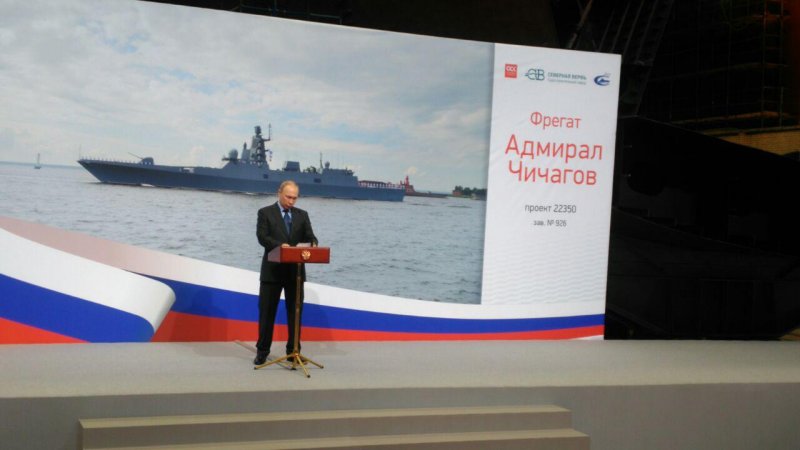 The lead ship, Admiral Gorshkov, is operated by the Northern Fleet since summer 2018, and the first serial one, Admiral Kasatonov, is currently finalizing the state trials program. The third frigate, Admiral Golovko, is supposed to take sea by June and be commissioned in 2021.

Initially, the navy planned to obtain eight Project 22350 frigates, but the order was cut down to four hulls later on. The decision to lay down additional ships was made upon analyzing of the Admiral Gorshkovs operational experience, an insider in a naval school told Mil.Press earlier. The plans are to increase number of Caliber cruise missiles onboard the new frigates from 16 up to 24.

The core attack weapon of the Project 22350 frigates is Caliber high-precision long-range cruise missiles. In addition, the ships are armed with the 130-mm gun mount A-192, the air defense system Polyment-Redut, the antisubmarine system Paket, and the gun/missile system Palash. Every ship accommodates the ASW helicopter Ka-27PL as well.