The next-generation military robots are currently passing trials to join the Russian army in the coming years.

That was said by Col. Sergei Popov heading the Robotics Research and Test Center at the Russian Defense Ministry. 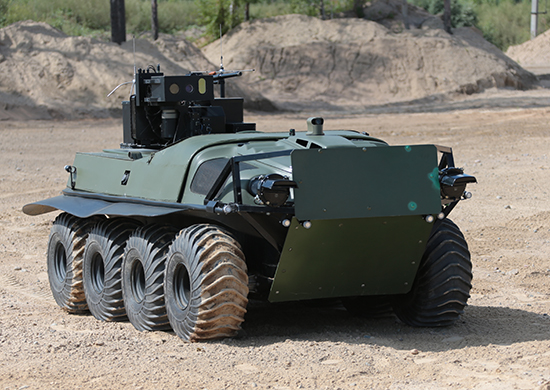 "Presently, advanced robotic systems are passing trials within the military-oriented RD project. Some of them will be commissioned in the next few years", Popov said at the robotics development military seminar.

According to him, basic objective of robotization in the Russian military is achievement of new level for combat tools to improve effectiveness of mission accomplishment and reduce personnel losses. "At that, optimal combination of human potential and equipment capabilities are in a special focus", emphasized Popov.

System approach to robotization of the armed forces shall remove a noncompliance of defense industry capabilities and characteristics of military robotic systems with requirements of the Russian defense ministry, reports .

"This noncompliance can be eliminated by 2025 through the integrated target program named Robotization 2025, approved by the defense minister in 2014, as well as through effective coordination of researches in military robotic technology", said Popov.