The Central Research Institute for Special Machinery (CRISM) by the order of the Zhukovsky Central Aerohydrodynamics Institute (CAHI) has developed a project of the meshed carbon-fiber wing. The project was suspended sue to lack of funds. Earlier on, CRISM had successfully finished works on the meshed composite aircraft body.

"Modern airplanes use the stringer (framed) model for wing and body. What we did is created these elements on mesh technology from composite material, carbon fiber", Valery Vasilyev, the CRISM deputy head designer and the member of the Russian Academy of Science told Mil.Today. That solution will help to reduce the aircraft weight by over 30 %, he added. 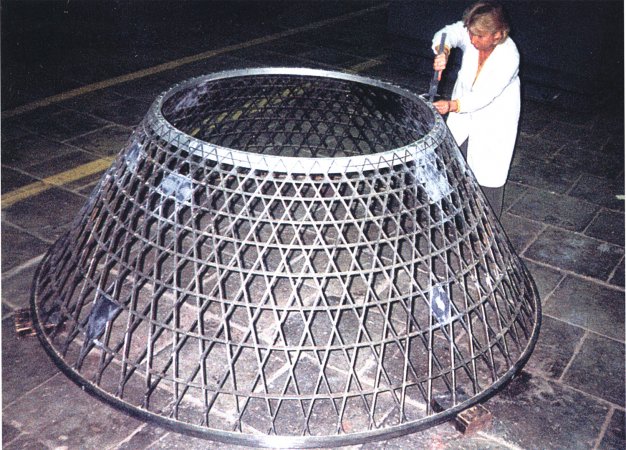 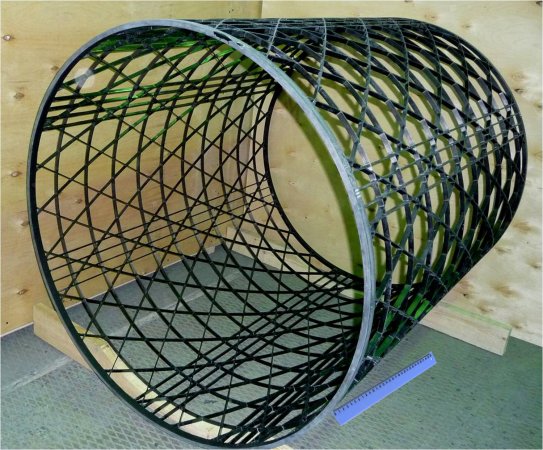 Common airplane wing is an aircraft-grade aluminum skin reinforced with ribs. First attempts to develop a carbon-fiber wing under traditional stringer technology disappointed expectations. The carbon-fiber airplane wing made on this technology offers no advantage over an aluminum structure: it comes heavier and more expensive, it is harder to repair and service. For instance, the composite wing for Boeing 787 became heavier than the aluminum one.

That is why CRISM has created the carbon-fiber wing on the mesh-type technology, Vasilyev said. When used, it transfers the main load from the skin to an airplanes sloped ribs. The similar technology was used in British bombers Vickers Wellington during the World War II. By the early 2017, CRISM had completed designing of the composite wing, but the prototype production was soon shut down due to insufficient funding from CAHI.

"Composites reduce overall weight of an airplane, improve airframe integrity, which results in longer flights and increased payload", Mikhail Pestrakov, aircraft engineer at the Compass Design Bureau told Mil.Today. "A structure made of such materials helps to vitalize in full the old desire of airplane designers to create a long wing with advanced mechanics. The technology has not been mastered so far, there are some issues of repairability and airframe damage recovery. In the future, with gradual mastering of the overhaul and airframe restoration technologies, repair matters will become routine procedures", assured the expert.

"That trend is promising. Carbon-fiber will considerably lighten an airplane, however, it will worsen its repairability", the honored Russian pilot General Alexander Akhlyustin told Mil.Today.

The CRISM has developed for CAHI a prototype of the meshed composite body for medium-range airplanes like MC-21, Boeing 787 or Airbus А350. The two 6-meter long and 4-meter in diameter experimental sections of the body were produced and sent for trials.