Mine Hardware to Reach New Level in 2020's

Mines constitute a simple, though highly effective measure to gain advantage over the enemy. This is especially relates to the remote-planting devices allowing for rapid change of operational environment. The current trend is that mines and their planting facilities are getting more sophisticated, with increasing effectiveness and application flexibility. In 2020's, the works on development and commissioning of such systems will speed up, which is seen in Russia, the US and Europe.

Visitors of the Army-2019 forum had an opportunity to estimate the special mine-planting systems (SPEMPS) developed under the Klesch-G research project. The multirole minelayers can be mounted on tracked vehicle, on wheeled chassis of Astais-70202-0000310 or Typhoon-VDV armored rovers. 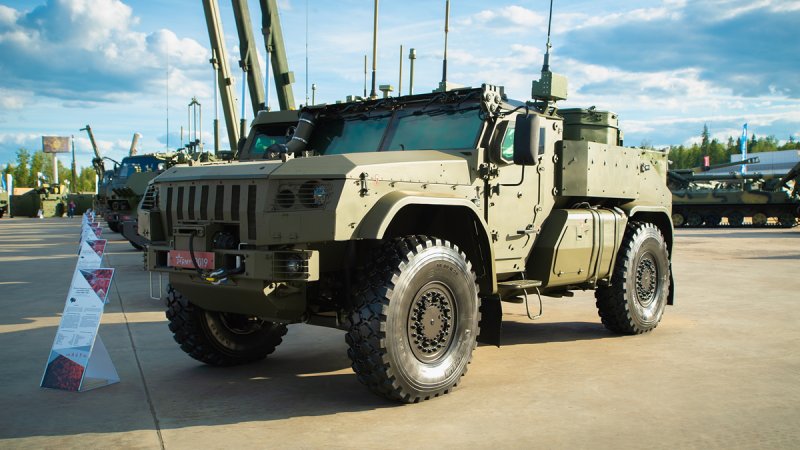 Apart from improved protection, the vehicles are equipped with an advanced geolocation system helping to plot detailed mining maps and send the online mine-planting data to superior command.

In the future, these minelayers, in addition to clusters of PFM-1 antipersonnel HE mines, POM-2 stake mines, and PTM-3 antitank mines, will plant the 'smart' POM-3 mines unveiled by the media in 2015. Using sensors, the mine detonates without direct contact with the enemy, reports Zvezda TV channel.

In December 2019, the Twelfth Central Research Institute of the Russian Defense Ministry is to preliminary tests of prototype samples of special mine-planting sets developed under the Klesch project. Along with that, the state trials of Typhoon-VDV rover, being the base for a multirole minelayer, come to the end.

A Russian lieutenant colonel, veteran of the counterterrorist operation at the North Caucasus and the Syrian campaign told in the face-to-face interview to Mil.Press Today that mounting of launchers on the said armored rovers increases mobility of systems and protection of crews, as compared to the old multirole minelayers based on the ZIL-131 trucks. As for the officer, such systems can be used for prompt closure of hazardous sectors, lateral protection of defending troops, and enemy's movement correction.

"If the scouts did a good job and learned about some enemy's action, it is a good chance for rapid consolidation. Another case, when you can direct the enemy wherever it is planned. If the route of the enemy's troops is known, the recon unit may call for a minelayer and mine the certain terrain sector. You can block the planned route or close the retreat lines, if it was decided to set an ambush", explained the veteran.

In addition, the officer told about how effective the minelayers are: "I had a chance of seeing these systems in action. Fragmentation mine POM-2 impresses much. First, the mines are thrown, and then they shoot wired target sensors. What we finally get is a tripwire, making lots of troubles for the enemy. There's plenty of such mines on the area, so the enemy's personnel won't be very anxious to clear the field. Sure, POM-2 mines make no harm to armor, but for that purpose you can 'seed' antitank ones".

In designing of mines and planting systems, Russian military and industry have vast room for maneuver, as Russia did not joined the Convention on the Prohibition of the Use, Stockpiling, Production and Transfer of Anti-Personnel Mines and on Their Destruction (a.k.a. Ottawa Treaty).

Neither did the US, though in 2014 the then-president Barack Obama regarding the anti-personnel landmines. According to the fact sheet, the United States planned to halt production and procurement of anti-personnel mines. It was also announced that the national armed forces waived the use of all "non-detectable" and "persistent" mines.

However, the US authorities admit that using mines helps to gain advantage over the enemy at the battlefield. It is especially relates to the systems analogous to Russian minelayers, known in the US Army as Volcano mine system. 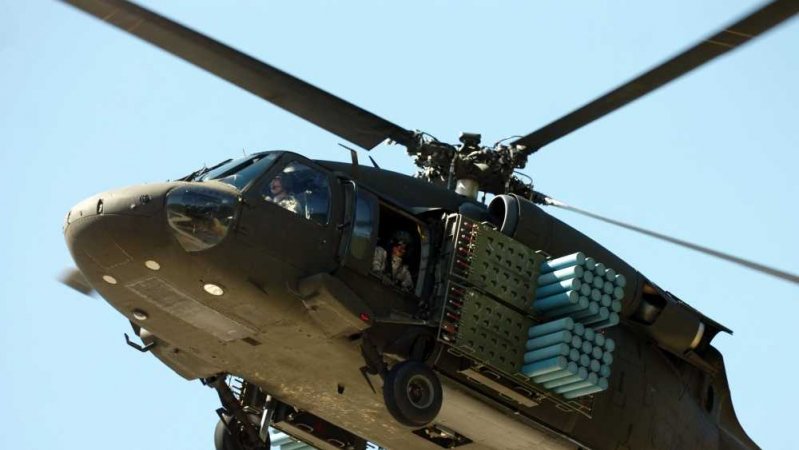 The system's feature is that the used mines have a programmed operational term: 4 hours, 48 hours, or 15 days. This option enables coordination of the use of anti-personnel mines and the new American policy targeted at alignment with the Ottawa Treaty. However, the convention makes no exception for the 'temporary' mines though.

American military call Volcano systems obsolete but still relevant. Reports on their use for training and combat purposes occasionally emerge in official informational sources of the US Army.

Moreover, the system will see development. With this in view, the US defense budget for 2020 and 2021 fiscal years includes $20 mln allocated for creation of the Standoff Activated Volcano Obstacle (SAVO) system, a Volcano-based ground launcher postured as a measure for rapid obstruction to enemy's vehicles. The system will utilize smart technologies capable to fuse the mines without direct contact with the enemy.

Given that the SAVO launcher is based on Volcano system, it will be able to apply anti-personnel mines, too.

Advanced European mine-planting systems are to gain momentum in 2020's as well.

For instance, Poland, that ratified the Ottawa Treaty, by 2022 plans to obtain a prototype of home-made minelayer designed under BAOBAB-K project. The system is to be developed by Huta Stalowa Wola (HSW). The company has already offered its minelayer in the past, but it failed to meet the set requirements. 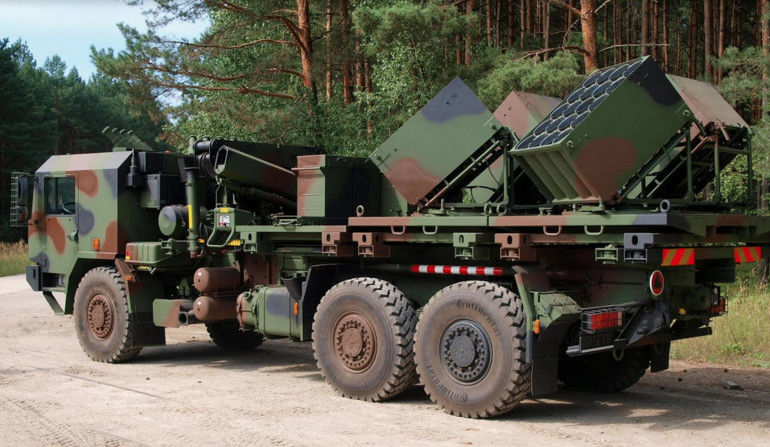 The development contract was signed by the Polish defense ministry's weaponry inspection. The tender was in 2017. 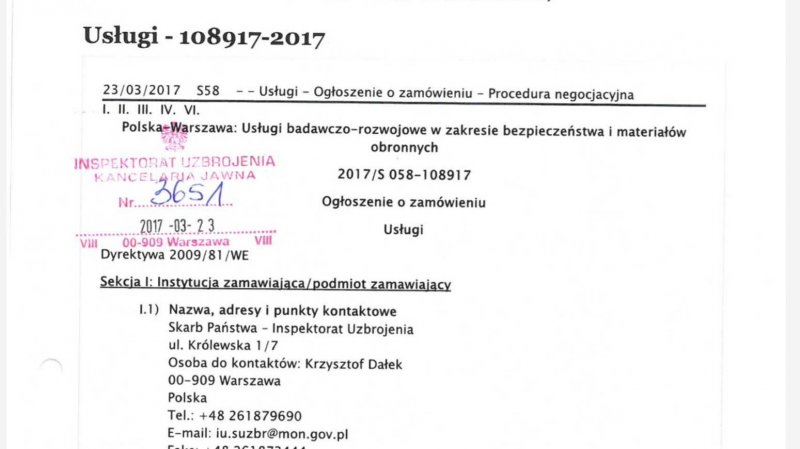 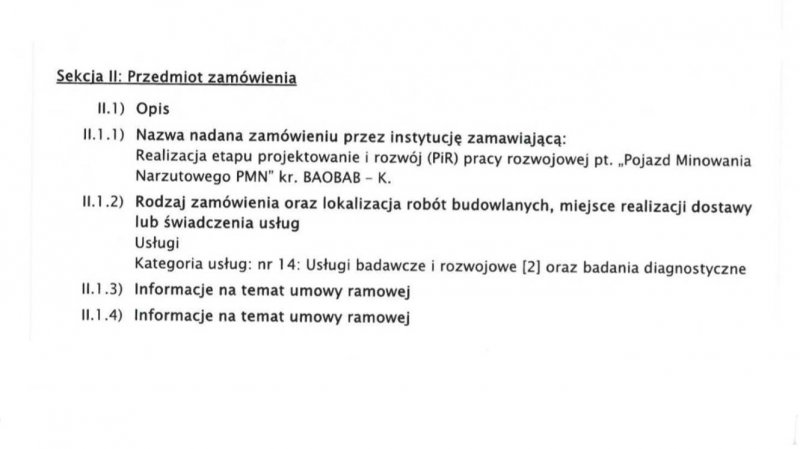 According to the specifications, the vehicle must have wheel arrangement 8x8, six launchers, armored cabin (level I ballistic protection under STANAG-4569), high-tech launch control system, laser radiation detector OBRA-3 linked to 81-mm smoke grenade launchers, loading equipment (launchers must be removable, with an option for a standard 20-feet container), and a combat module with 12.7-mm machinegun. 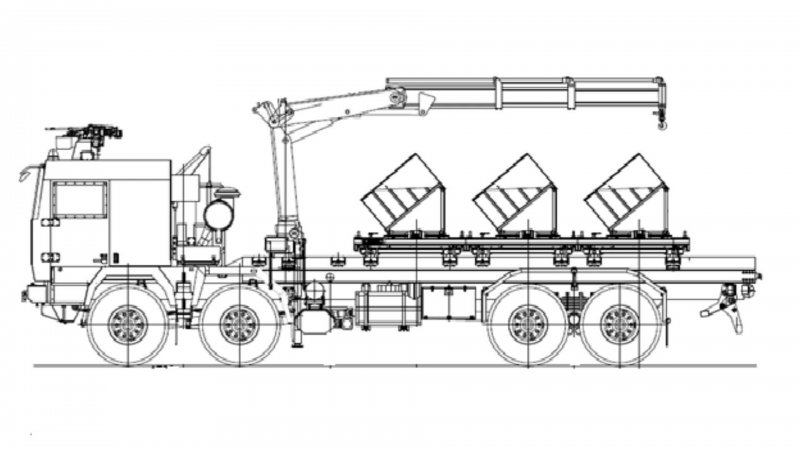 Reportedly, BAOBAB-K system will use only antitank mines.

Therefore, development of mine-planting hardware can be treated as the worldwide trend. In this area, with already available solutions on mine-protected chassis, Russia holds leading positions.