The fourth ship in the series, Project 12700 minesweeper Yakov Balyaev will be launched on January 29 and is to be commissioned by the year end. 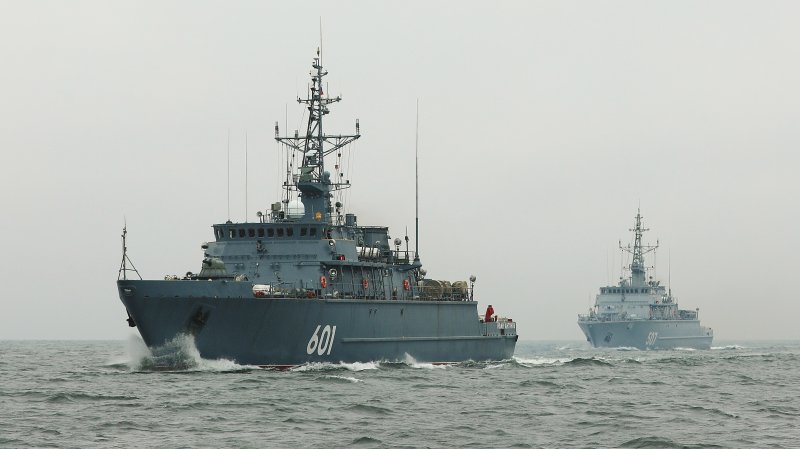 Launching of the fifth sweeper, Georgy Kurbatov, is scheduled in the spring, the shipyards CEO Vladimir Seredokho told Mil.Press in February 2019. According to an industry insider, it is planned to deliver the ship to the Russian Navy late in 2020.

The sixth ship, Petr Ilyichev, is scheduled to take sea in December, once suppliers of engines and other components fulfil their commitments. The ships crew will hoist up the St. Andrews ensign in 2021.

In light of the navys plans to get two, or even three Alexandrite-class sweepers yearly, the diesel makers need to supply powerplant components to the shipyard in time: main engines (two M503 diesels) and diesel generators (two DGAS-315) per ship, an informed industry insider shared with Mil.Press.

In September 2019, the shipyard director, Vladimir Seredokho said that completion of the first phase of modernization would let the company follow the construction schedule and hand over two Project 12700 minesweepers to the navy per year. The second phase of production upgrade will help Sredne-Nevsky Shipyard reach the three-ship annual rate in the short term, he added.


Displacing about 890 tons and accelerating up to 16.5 knots, Project 12700 composite-hulled minesweepers were created by Almaz Central Maritime Design Bureau. Their basic mission is searching and destruction of mines around naval stations. These ships are equipped with sonars mounted both onboard and on remotely controlled/standalone submersibles; however, they can use traditional sweep armament as well. In addition, the Alexandrite-class ships are capable to operate unmanned boats.

In April 2018, the Russian Navy extended the eight-ship Alexandrite series up to ten vessels, deferring commission of the final ship by six years, to 2027. A year later, in May 2019, the series grew up to 12 ships.

According to Rear Adm. Vladimir Tryapichnikov heading the Russian Navys Shipbuilding, Armament & Operations Dept., the shipbuilding program provides for construction of over 50 Alexandrite-class minesweepers by 2050. The official said the Navy annually needed three ships of that kind: "The [Sredne-Nevsky] shipyard has gained a good rate, though insufficient to us. Yearly, we need two ships, and even three in the nearest years".