Why militants of the Islamic State kidnap children, what they do with kids in training camps, what is youngsters role in various conflicts of the 20th century  find the answers in the following material prepared by Voennoe.RF.

ISIS combatants take children under their wing quite often. In fact, this is definitely what happens to kids of kafirs, whose fathers were killed and mothers were taken in slavery. Boys getting in a training camp spend all days learning Quran and doing physical exercises. Most teenagers are not Sunnites and some of them commonly try to escape from such places. However, the fate of those who failed is awful. 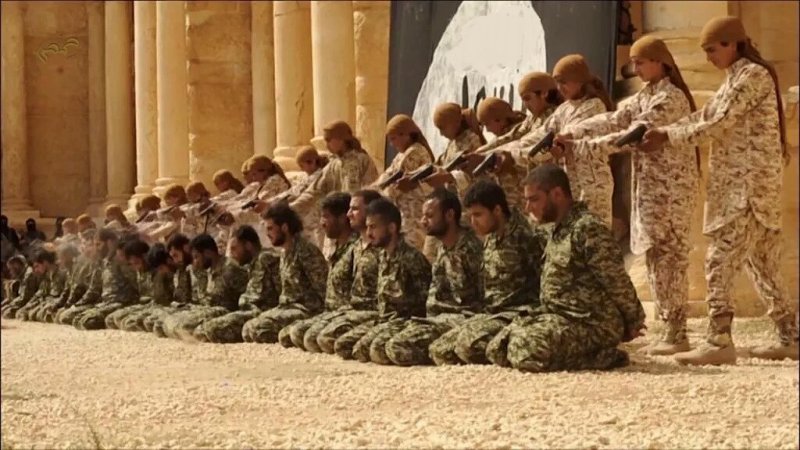 On Sunday, November 1, militants of the Islamic State recaptured and executed 12 kids who had tried to escape from the ISIS training camp in Mosul, Iraq. Late in August, another group of teenagers received the similar sentence; they had got through jihadist training and were fighting their first battle against Iraqi regular army. During the battle, the teenagers tried to leave the battlefield, but failed to be unnoticed, were captured and then executed.

According to various estimates, in the camps boys daily have 8-12 hours of training. Except for physical exercises and learning Quran, due regard is given to firearms training and head cutting of stuffed toys. Older boys are required to do that with living people. ISIS combatants many times posted photos and videos showing a boy killing a prisoner by cutting his head or a pistol shot. Mass kids executions happened as well. In the summer 2015, the ISIS boys appeared as executioners of 25 Syrian soldiers.

The Dark Continent is richest in such traditions as kidnapping of boys to give them weapons and sent to kill enemies. In Africa, this is a business of both small militant groups and various major actors of civil wars. The so-called "West Side Boys" became widely known far beyond Africa. Although the group (active in 1998-2000) was variously estimated at 400 teenage warriors, they caused thousands of casualties during the civil war in Sierra Leone. Also, the group showed up with the kidnapping of 11 British soldiers. 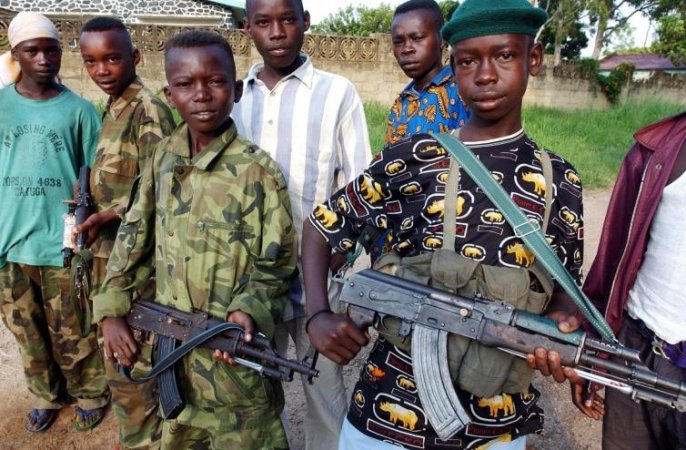 In the heat of the Second Congo War, about 30,000 children soldiers were fighting in different conflicting parties. However, far more terrible size of kids warfare involvement was in Uganda. Only one rebel group named the Lords Resistance Army has kidnapped over 30,000 boys and girls to use them as soldiers. As is envisioned by the militants, children must become a basis for a "new and sinless society" while adults are considered unfit for these purposes.

The so-called Islamic State's West Africa Province, also known as Boko Haram, is doing the similar things in Africa. In March 2015, the group swore allegiance to the Islamic State; the year earlier, Boko Haram militants had kidnapped 270 schoolgirls. They explained their act as "the girls must leave the school and get married".

That abduction shocked the whole world. High officials of many countries sounded requirements to return the kids back. However, warships of the Free World navies were not deployed in the Gulf of Guinea, and twitter posts don't frighten the kidnappers too much. So, later Boko Haram announced all abducted girls had adopted Islam and got married.

Moreover, children soldiers were used by Afghan mujahids both against Soviet troops and during American intervention in Afghanistan. Often militants used kids as suicide bombers.

Finally, lets get back to the Syrian theatre, though kids are fighting there not only for ISIS but against it, too. According to human rights activists, only in one summer month of 2015 Kurdish militia recruited 149 boys under 18. Theres no exact data about girls, but as is widely known, number of female soldiers among Kurdish militants is not much less than male fighters.

Nonetheless, Kurdish militia does make timid attempts to comply with international laws that prohibit recruiting people under 18 years old for direct participation in warfare. For that reason all under-eighteen Kurds are formally beyond combat units and militants leaders declare them non-combatants.