Russian air force servicemen heading for sorties against Islamic State in Syria have been sending emotional messages to their targets - by scrawling battle cries on their bombs.

'For Paris' and 'For our people' are the words seen on the sides of the FAB-250-M62 high explosive bombs hanging from the ports of the Russian Su-34 attack jet before it starts along the runway for takeoff,  reports. 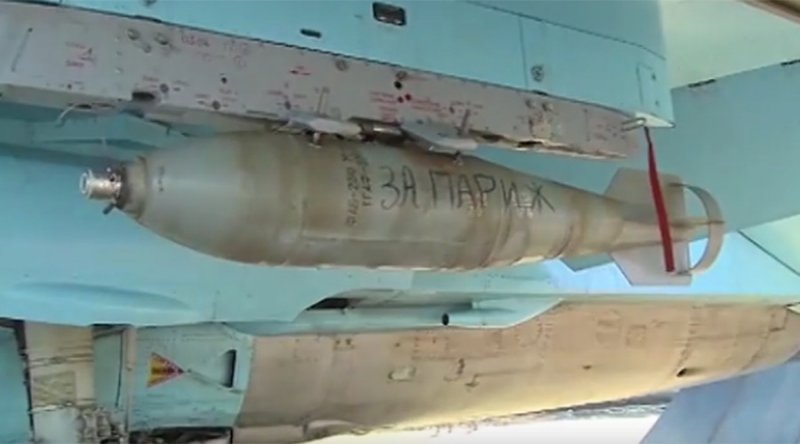 The powerful messages are the servicemen's apparent response to the November 13 terror attacks in Paris, which killed 130, and the downing of the Russian passenger jet over Sinai, where 224 people perished.


Earlier, photos emerged in the media of US Hellfire bombs being prepared for use against IS in Syria which had the words 'From Paris, with love' on them.

After the October 31 jet crash was discovered to be a suicide bomb attack by Islamic State, Russian President Putin vowed retributive strikes against the terror group, and ordered the ongoing airstrike campaign to be significantly stepped up. Since then, the country's air force has been conducting about 140 sorties daily, and strategic bombers and ship-based cruise missiles were added to the arsenal thrown at IS.