Russia may use its Black Sea Fleet to blockade the Syrian coast according to the force's former commander and current Duma defense committee head. 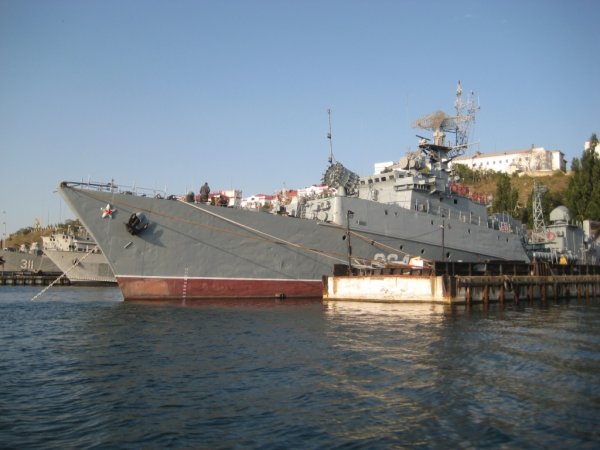 Russia began precision strikes against Islamic State targets in Syria on September 30. According to Russia's Defense Ministry, Russia's air force has in the past two days destroyed terrorist headquarters, an explosives factory, a training camp and other targets. The targets are chosen based on Russian and Syrian reconnaissance data.

"Regarding the large-scale use of the Black Sea Fleet in this operation, I don't think it will happen, but in terms of a coastal blockade, I think that it's quite [possible]. The delivery of artillery strikes hasn't been excluded; the ships are ready for this, but there is no point in it for now. The terrorists are in deep, where the artillery cannot reach," Komoyedov said.

Komoyedov added that the size of the naval grouping used in the operation will depend on the intensity of the fighting. He noted that currently, the navy's Mediterranean flotilla is currently sufficient for actions in the given area.

Komoyedov also said that auxiliary vessels will certainly be used in the operation against ISIL to deliver armaments as well as military and technical equipment.