Russian shipborne aircraft and warships deployed off Syria are actively searching for ISIS facilities to provide target designation. The Russian naval task force is ready to kick off an operation at any moment.

MiG-29 and Su-34 fighters fly over Syria to analyze tactical situation and be prepared for a counterterrorist mission, reports referring to a military diplomatic source. 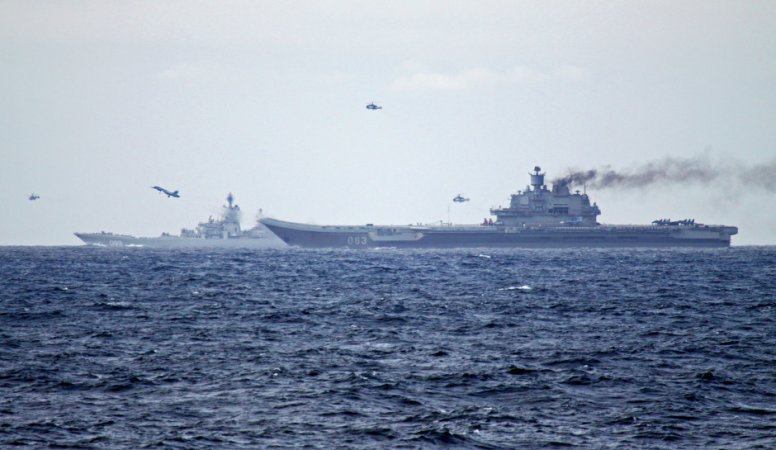 Airwing drills of Admiral Kuznetsov in the Atlantic

"Indeed, recently Russian multirole fighters MiG-29 and Su-33 do take off the aircraft carrier Admiral Kuznetsov and fly over Syrian skies to observe the theater and update the combat tasks. The carrier group led by Admiral Kuznetsov including nuclear-powered cruiser Pyotr Velikiy and frigate Admiral Grigorovich is prepared to launch the antiterrorist operation at any time", the source says.

According to the interviewee, the strikes upon the terrorists will be delivered by shipborne aircraft and Caliber cruise missiles from frigate Admiral Grigorovich.

In its term, Pentagon says "there are indications that shipborne aircraft of Admiral Kuznetsov will be a part of a larger combined force to be engaged in Syrian Aleppo even this week".