The Russias only aircraft carrier Admiral Kuznetsov arrived from the Mediterranean Sea and on Wednesday, Feb 8, anchored in the Kola Bay off Severomorsk, reported press service of the Russian Defense Ministry.

The carrier strike group was led by the heavy nuclear-powered missile cruiser Petr Velikiy that had entered the Kola Bay earlier. 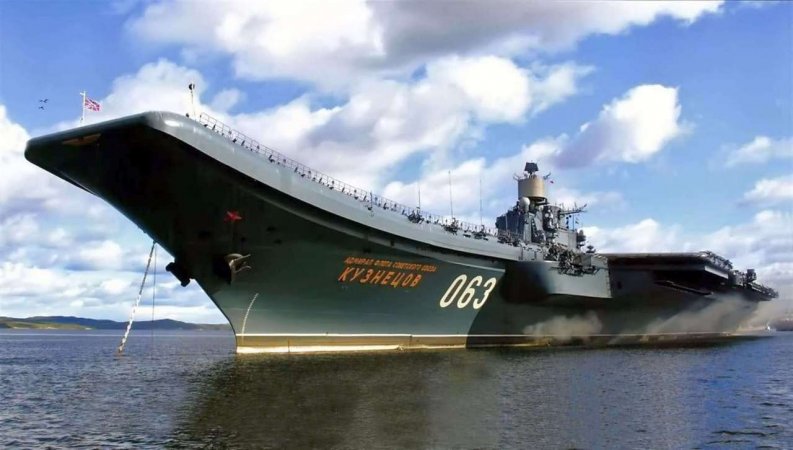 According to the Russian military authority, that was a first large-scale deployment with combat use of shipborne aircraft in the Russian Navys new history. The task force started its long-range mission on October 15, 2016.

"At the closing stage of deployment, the ships accomplished some training missions in the Barents Sea. On February 3, airplanes and helicopters returned to the homebase Severomorsk-3", reported the Russian Defense Ministry.

The ships entered the Kola Bay by turn, in accordance with the standard navigation rules. The defense agency said the festive welcoming ceremony of Petr Velikiy and Admiral Kuznetsov would be held on Thursday, Feb 9. The ships will fire a celebrative salute  15 artillery shots. Destroyer Admiral Ushakov moored at the Northern Fleets main naval base will give the reciprocal salute.

During the deployment, the carrier group operated in Northeast Atlantic and the Mediterranean Sea. Warships and support vessels have covered about 18,000 nautical miles.