For the Russian Defense Ministry and military companies, the annually-held international forum Army has become a platform for presentation of new weapons and military equipment. Editorial team of Mil.Press Today has selected the most interesting ones, including the newest air defense system Sosna, a submarine rescue ship, boom trucks for Engineer Troops and others.


Model of Soyuz-5 will be presented at Army-2018 by SRC Progress. The booster rocket is designed as a part of the advanced space rocket system, which will adapt the Zenit-M launch vehicle at the Baikonur Spaceport, as well as within the Sea Launch system. 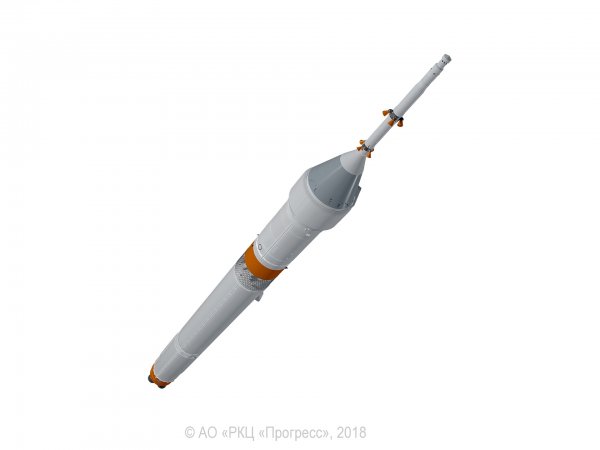 Stages of the prospective rocket are to be used as components of the super heavy-lift launch vehicle. Soyuz-5 is capable to place up to 17-ton payload into the low earth orbit.

Beginning of the flight tests is scheduled in 2024; the rockets are to put into commercial operations in 2025. According to the open sources, the first launch of Soyuz-5 will be conducted in 2022.

For the modernized heavy-lift helicopter Mi-26T2V, the Army-2018 forum will become a truly debut, as the aircraft will arrive at the show under its own power. After the exhibition, the helicopter will be handed over to the experts of the Mil Moscow Helicopter Plant for initial tests.

The prototype sample of the new helicopter Mi-26T2V for the Russian Airspace Force was made by Rostvertol. The aircraft is equipped with the up-to-date integrated onboard electronic system NPK90-2 that ensures day and night pilotage with automatic flight capability along the preset route, reaching a predetermined point and landing approach, and well as pre-landing maneuvers and returning to a major or an alternate airbase. The onboard defense system protects the helicopter from antiaircraft missiles by countering radio- and optoelectronic-guidance systems.

Beginning of batch production of the helicopter is planned in 2019.


The Army-2018 forum is used as a platform for presentation of the newest Russian short-range air defense system Sosna. According to the open sources, the systems key element will be the 9M340 antiaircraft missile with combined guidance system. The missile can accelerate up to 3,240 kph. 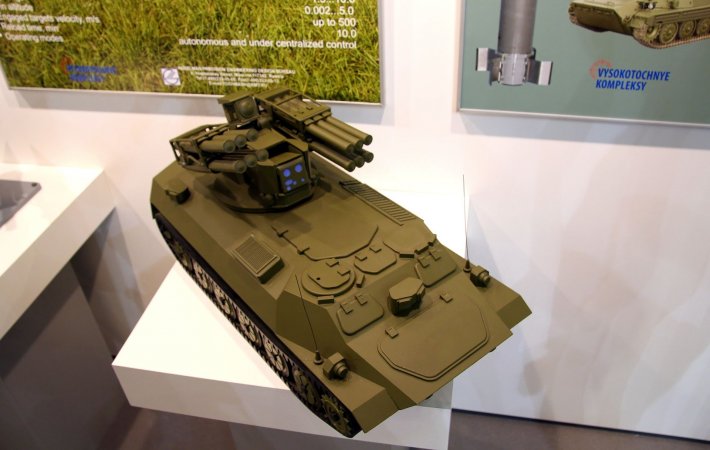 Reportedly, the system is capable to destroy aerial targets, including UAVs, at the range up to 10 km. Sosna may perform targeting and missile launching both in static position and on the move.

Air defense system Sosna is designed by NPO Precision Systems to replace obsolete Strela-10. The systems trials were held in 2013-2017. 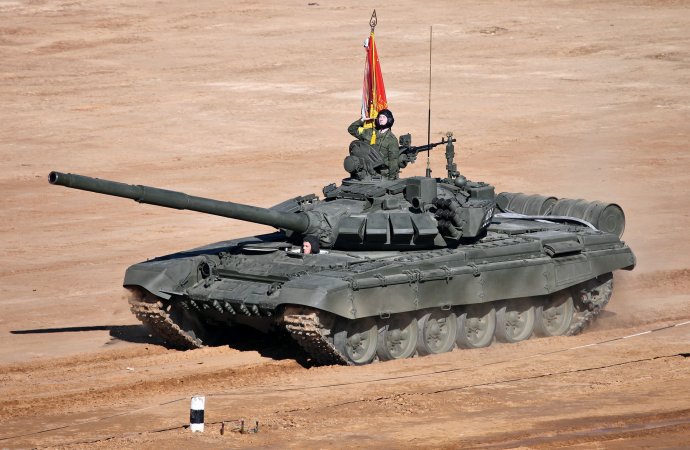 The tanks latest version, T-72B3 will be presented by Uralvagonzavod. Basic difference from the predecessors is the new engine V-92S2F, producing 1,130 hp against 840 hp of V-84-1 that previously powered these tanks.

The engine was designed literally from scratch based on the "analysis of tank biathlon games", an informed insider in defense industry told Mil.Press Today. All T-72B3 tanks will be further modernized under state contracts and handed to the military in this configuration.

The renewed T-72B3 attended the military parade on May 9, 2018, but the tank will be demonstrated at defense exhibitions for the first time.

The tank is armed with the 125-mm gun and two machineguns for destruction of enemy manpower and low-altitude air targets. Also, T-72B3 is equipped with reactive armor Relict, gear shifting robot, digital display and rearview camera. 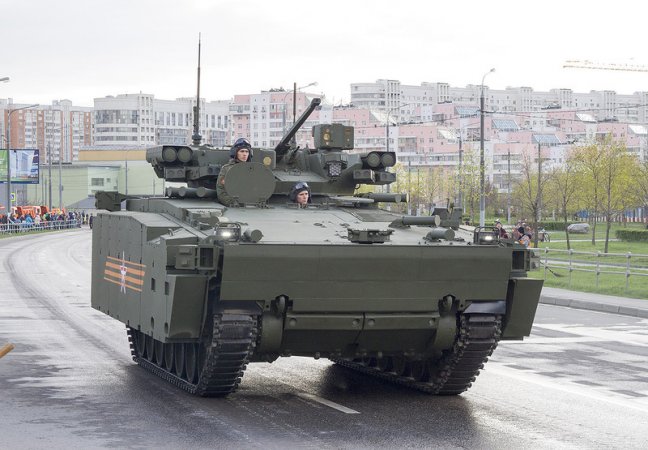 Although Kurganets-family armored vehicles were presented at the previous Army forums, this year the real sample of the infantry fighting vehicle based on the Kurganets-25 tracked platform will be shown for the first time, says the manufacturer, JSC Tractor Plants.

The IFV features the remotely-controlled multipurpose combat module with the 30-mm automatic gun 2A42 with selective ammo supply option (500 shells), the 7.62-mm machinegun PKTM (2,000 rounds) and two coupled MANPADS Cornet launchers. The combat module can be controlled either by the gunner or by the crew commander. Moreover, the operator needs only to perform target acquisition, the computer then will automatically track and fire at a target until its destruction.

The military will obtain IFV Kurganets for operational trials in 2019.


The family of Typhoon armored cars designed by Remdiesel, also presented at the Army-2017 forum, is increased with a self-propelled antitank missile system based on the K-53949 rover. Earlier, only models of this armored vehicle leaked into the net. Visitors of the Army-2018 will have a chance to watch it alive at the static display. 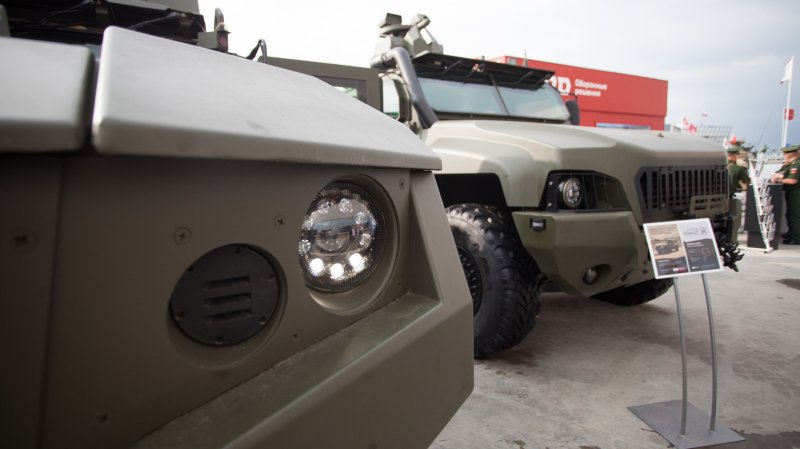 In addition, Remdiesel has redesigned Typhoon-VDV vehicle. Configuration of Typhoon-VDV has been simplified, becoming cheaper for the military customers. Designers replaced air suspension with the spring one, streamlined the onboard information/control system and the all-round camera system. Typhoon-VDV K-4386 is unified in basic aggregates and chassis systems with K-53949 armored car. However, in contrast to the frame-designed K-53949, the special-force version is a hull-design vehicle, which led to reduction in weight and dimensions. K-4386 currently undergoes trials.

Another promising vehicle by Remdiesel will be displayed at the booth of the Russian Defense Ministrys Medical Department, a medevac armored rover based on K-53949. "Using of this vehicle increases chances for qualified medical aid in the shortest possible time, within the so-called golden hour, which considerably enhances the likelihood of survival for wounded personnel", the companys spokesman told Mil.Press Today.


Actively attending the Syrian campaign, the Engineer Troops renew dynamically in 2018. As was reported in May, this organization will adopt robotic systems Uran-6, Skarabei and Sfera; later on, media found out about the planned deliveries of redesigned bridge erection boats of two types.

Klintsovsky Truck Crane Plant will bring another novelty for the Engineer Troops at the Army-2018 forum. It is the military boom truck KMV-20K based on the 4-axis chassis KamAZ and the crane manipulating system KMU-20K with maximum lifting capacity of 7.2 tons. According to Kirill Gavrilov, the companys head designer, the Engineer Troops has never had such facilities before. 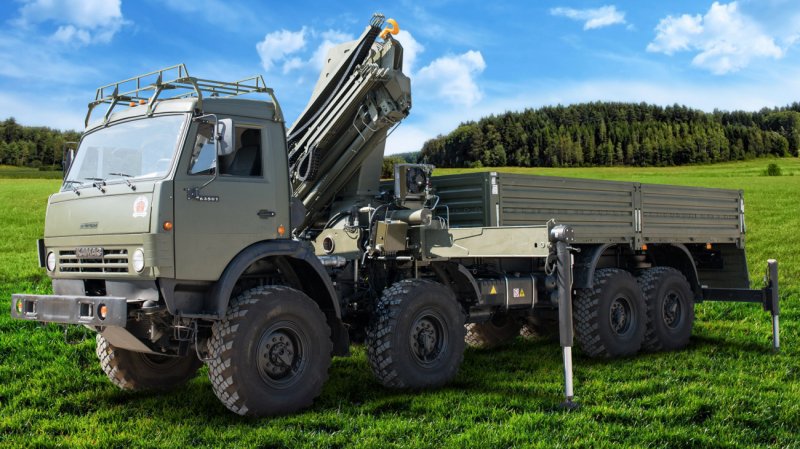 KMV-20K is designed for mechanization of the loading and unloading works, assembling and disassembling operations with hazardous and conventional cargos in field conditions. The truck can be supplied in three versions: with a load-handling device pivoted to the boom head; with a rope load hook and a winch; with a rotator for mounting a tong grab, a scoop grab, hydraulic shear and other lifting equipment.

Maximum stroke of the crane is 15 meters; it can lift 1.8 tons up to that height. The loaded crane boom rotates at 400°. The truck stability is ensured by two pair of legs, forming the 5.6-meter wide base. Unladen weight of the truck is 15.4 tons. Operators can control the boom either by mechanical handles or remotely.

Among other novelties of Klintsovsky Truck Crane Plant are crane manipulating systems KMU-3K with max lifting capacity of 1.12 tons, and KMU-30K lifting up to 12.5 tons. According to Kirill Gavrilov, the company currently performs assignment of the Engineer Troops by adapting the products for Arctic conditions. The modernization implies changing of materials, components, and warming up of certain units for keeping designed lifting capacity in any climatic conditions.


Concept and model of light aircraft carrier from Krylov Center 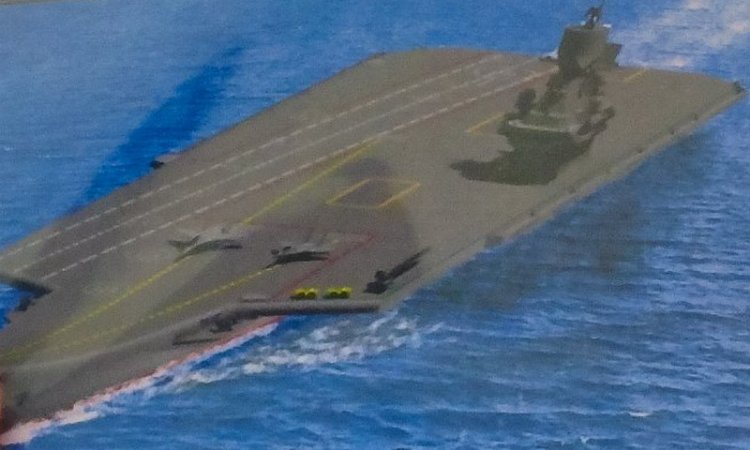 The Krylov State Research Center will bring advanced projects of surface ships. The visitors of Army-2018 will be offered the concepts of the light multirole aircraft carrier and the mid-range corvette armed with Caliber cruise missiles.

Mil.Press Today reported about development of the light carriers concept by the Krylov Center on August 22, 2017. Approximate displacement of the carrier is 30-40 thous. tons; number of aircraft is 40-50. According to designers, the light carrier concept will supplement the Shtorm aircraft carrier project, while being cheaper and faster in construction. The ships model will be presented at the exhibition for the first time.

Designers of the Krylov Center presented the concept of the advanced multirole corvette at the Army-2017 forum for the first time. Due to increased navigability, the ship is capable to operate in the long-range ocean zones, carrying up to 24 Caliber cruise missiles. Visitors of Army-2018 will see the updated version of the ship.


The project of the salvage ship will be presented by Pella Shipyard. 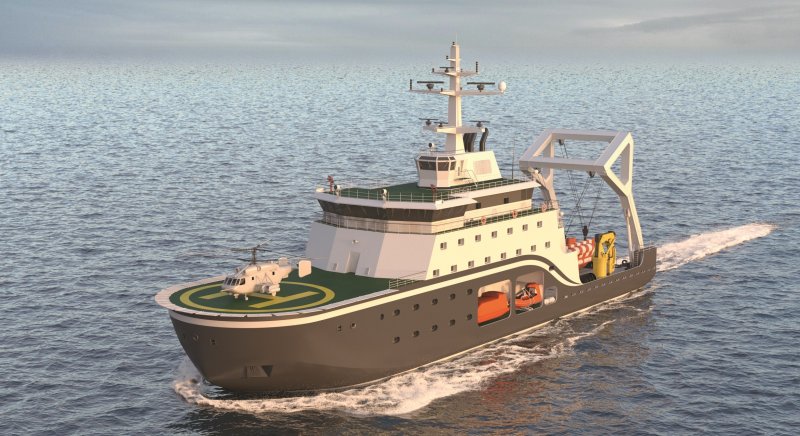 By the mobile container-type diving system, the experts will perform the accident rescue and underwater engineering operations at the depths down to 60 meters. Maximum accessible depth of the container-type system with remotely operated underwater vehicle will be 1,000 meters.

At least 40 men escaped from an underwater object with excessive pressure of up to 0.6 MPa (6 kgf/cm2) can be simultaneously decompressed onboard the ship.

For rapid delivery of a sufferer to the coast base, the ship has a helipad for occasional accommodation of a deck-based SR helicopter.

The project provides for an Engitech-type towed sonar, a Falcon-type small-size remotely-controlled searching submersible, a DeepWorker-type manned submersible with endurance of at least 80 hours, and a Bester-type underwater rescue vehicle. 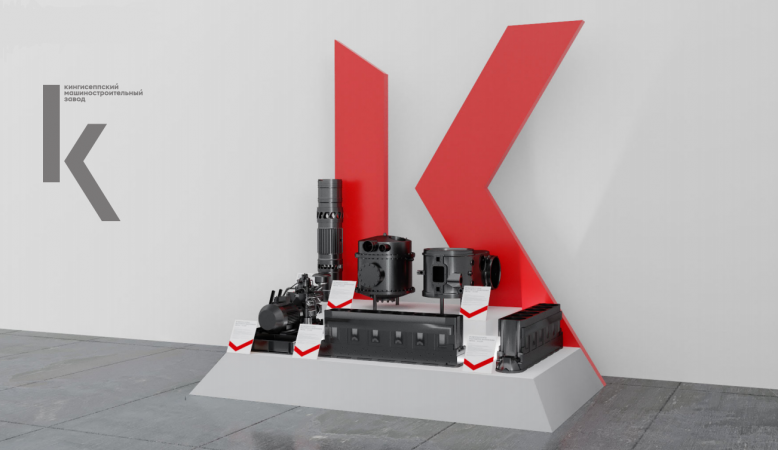 Kingisepp Machine Plant (KMP, member of Kalashnikov concern) will present an updated line of products: components for own-produced diesel engines, including those for Russian Navy ships; and share the details of the engines full cycle production features.

The exhibit presented by KMP includes cylinder blocks for marine diesel engines (size CN16/17 and CN18/20). These components were made in the plants cast shop. The company will also present the results of production mastering of diesel engines of sizes DPN and DRPN 23/2x30. Engines of these types are used in combat and auxiliary ships of the Russian Navy and the FSB Coast Guard, as well as passenger liners and cargo vessels.

Late in 2017, the plant officially confirmed the capability to produce components and serial production of marine diesel engines M-50 and M-500 designed by Zvezda. In the last falls, the company passed a comprehended audit, which proved the capability to produce parts of cylinder-piston groups of sizes 16/17 and 18/20 (series M-50 and M-500), and in April 2018  engines of sizes 23/2x30 (Russian Diesel). Besides, the company will present the products of the in-house metallurgical center, made by the centrifugal casting method. The KMP exhibit is located in the demo center of Kalashnikov concern.

Army-2018 forum will be held in August 21-26 at the Patriot Congress & Expo Center, Alabino Range, and Kubinka Airbase near Moscow.